My sisters and I grew up with Mom making our clothes and hers as well. It made money sense to do so and back then, my parents were all about stretching every penny. There were huge fabric stores like Cloth World and Hancock’s. Sometimes, we would go with Mom to those stores and go through the pattern books, like Simplicity, McCalls, and Butterick, but never Vogue because those were more complicated and she had little time for that.
Patterns allowed people to create their own clothing. The books we thumbed through were our version of stylish fashion magazines and offered a glimpse of glamor. We could imagine ourselves garbed in gorgeous outfits. Mom often made us matching dresses for Easter, like these: 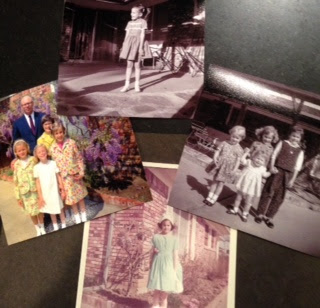 We would help my mom lay the printed tissue on the fabric and learned how to pin it into place. If we could cut straight (not me, Mom said), we cut along the lines. Mom pinned the pieces together and then sewed them. One time, I did try to make a dress with her help. She was a tough teacher, and mostly, I learned how to rip and sew again. And again. Since ripping was not fun, my creativity did not go into sewing.
After I graduated from college, I worked for a local department store. I desperately needed new work clothes. Who did I turn to? Mom! She made me several Chanel-styled suits in various fabrics, sometimes, dresses, and special evening wear. I loved them!
In 2018 while shopping in my favorite Joann’s, I ran across several Simplicity collectibles. Memories crowded my head and of course, I purchased a few items, like these: 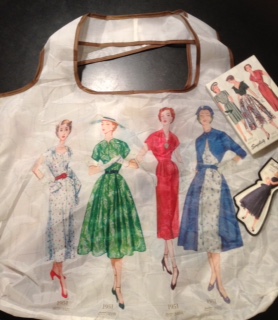 Are you into sewing clothes? 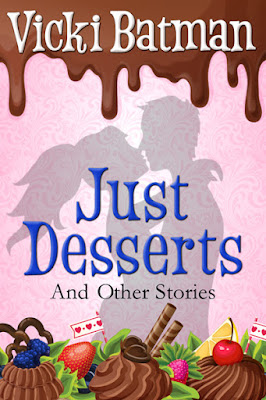 Posted by Vicki Batman, sassy writer at 3:30 AM 84 comments: 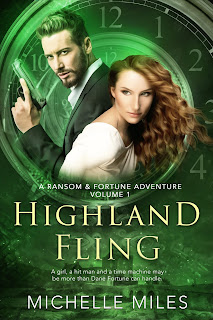 Back in the early 2000s, I started writing a twice-weekly serial for the now-defunct Keep it Coming. I'd wanted to write something fun and different. A time travel. With lots of action and adventure and maybe a splash of romance.

Then Keep it Coming closed but Inara Press was born. They specialized in serialized fiction. I was able to land a contract with them…and then they folded shortly thereafter. But the person who was my editor there was also an editor at Samhain Publishing and she invited me to compile the serials into a novel format and send it to her. It was accepted.

A Bend in Time, the first book in the Adventures of Ransom & Fortune, was released in 2007 by Samhain. The second book, A Break in Time, followed shortly thereafter. They were both in print at one time. And then Samhain folded and I got my rights back, not necessarily in that order but you get the idea.

I’ve had the rights back to these books for a long time while I decided what to do with them. I wanted to make sure I did the series right and gave Skye and Dane another crack at being published. I loved writing this series. They were so much fun. But I’d made Dane a hit man and redeeming him was…hard. He was not a nice guy in the original series. In fact, he was kind of an ass. Not really a good quality for the hero.


One day I printed off the first book and did a read-through. My writing has certainly changed in the last ten years, so I knew it would need to be updated. Plus, having Dane as the hit man just really bothered me. I broke the novel into two novellas. Part one would now become volume one; Part two would be volume two. 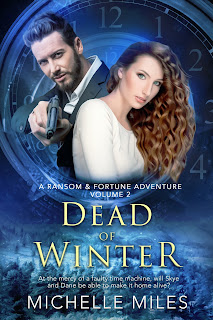 Part of the story was that there was a hit man, so I split that part off from Dane’s character and made a totally new villain that was 100% villainy, thereby making Dane 100% heroic. It meant I didn’t have to work as hard to redeem him, because he didn’t need redeeming at that point. As for the villain, well, he’s just a super bad guy working for the ultimate bad guys. But I didn’t know who those bad guys truly were.

Then one day I was binge-ing Person of Interest on Netflix for about the tenth time. I loved this show when it was on TV and miss it a lot. I got to thinking about the root of the show. There was The Machine and then there was Samaritan, one being controlled by our heroes and one being controlled by the baddies. Then Timeless premiered on TV, the short-lived time travel series on NBC. It was a pretty decent show and I was sad when it was canceled. And so while I was working on editing Highland Fling, I started putting some things together and well…I sort of borrowed some ideas from both those shows for my adventure series.

I will tell you this. It’s a time travel; it’s adventure; it’s action…and while each volume has story threads that are wrapped up, the overall story arc is ongoing throughout the series. There will be more than two volumes. How many volumes is still up in the air.

I’m really excited to re-release these stories once again with all new, gorgeous covers and totally edited and updated stories. I think you are going to love hanging out with Skye and Dane. I know I do! It’s up for pre-order right now at Apple, Barnes & Noble and Kobo. Amazon pre-order coming soon.

In the coming months, I’ll be sending my newsletter subscribers exclusive excerpts that will not be posted anywhere else. Be sure to subscribe today if you're not already to be the first to read the all-new revised opening of volume one! In the meantime, click one of the buttons below to pre-order your copy today, both for $0.99 until after release.