Karilyn Bentley's love of reading stories and preference of sitting in front of a computer at home instead of in a cube, drove her to pen her own works, blending fantasy and romance mixed with a touch of funny.

Her paranormal romance novella, Werewolves in London, placed in the Got Wolf contest and started her writing career as an author of sexy heroes and lush fantasy worlds.

Karilyn lives in Colorado with her own hunky hero, a crazy dog nicknamed The Kraken, a silly puppy, and a handful of colorful saltwater fish.

Reeling from a personal tragedy and abandoned by all she loves, the world's newest demon huntress, Gin Crawford, sinks into a deep despair. She’s forced back to reality by news of a large number of people committing suicide, all on the same night. Suspecting demon involvement, Gin must work with her sexy but estranged mentor Aidan Smythe to track who, or what, is behind the deaths.

Leads to a new discovery…

As they come closer to finding the culprit, they realize their employer, the Agency, is hiding its own secret, one which threatens Gin's very existence. New discoveries reveal that even those dedicated to eradicating evil can be bought. Can Gin and Smythe forgive each other and work together or will they fall under the demon's thrall?

DEMON CURSED
Gin Crawford, the world's newest demon huntress, just wants to enjoy a football game, but finds herself hunting a serial killer minion instead. When his victims turn out to be the local football star’s female fans, she must determine if the player has joined forces with the minion, but her efforts lead her deeper into danger. When her mentor, Aidan Smythe, is attacked, Gin resolves to go to any lengths to save him, even if it exposes her most tightly held secret. Minions and demons, however, aren't the only terrors she faces. Will she realize the greatest danger lies within—before it's too late?
Amazon | iTunes | The Wild Rose Press | B&N


DEMON KISSED
Gin Crawford, the world's latest demon huntress, has no time to mourn her dead lover as she's called in to determine why a demon attack occurred at the local medical school. And not just any demon, but the one demon that gives her demon-killing bracelet the shivers. A dead professor, a lab full of missing anthrax, and a demon who turns good people into minions complicate her life. Can Gin and her mentor Aidan Smythe solve the mystery of the missing anthrax and the identity of the demon before someone else dies?
Amazon | Apple | The Wild Rose Press | B&N

DEMON LORE
Gin Crawford has enough problems dealing with her empath abilities. Finding out she's the world's newest demon-slayer is the last thing she needs. Unfortunately, when she slips on a mysterious bracelet she is given no other choice. On the plus side, her new gig comes with Tall, Dark and Handsome, a mage who may or may not have her best interests at heart. Thrust into a power-play between good and evil, Gin must choose a side before she becomes the next victim in the ongoing battle.

THE DETECTIVE'S DRAGON
As a Halfling with little magic, Jamie is barely considered a Draconi, his sole talent finding jewels and lost people. But when he dreams of a human female in trouble, he has no choice but to save her, even if it means crossing dimensions into a different realm. Unfairly accused and placed on administrative leave, Detective Ruby Parker is determined to regain her position on the Denver police force. When an attempt to kidnap her fails, she must learn to trust the stranger who appears from nowhere to help her. Unlike in Draconia, Jamie's powers work in Parker's world, his longing to wield magic finally fulfilled. But is working magic worth leaving his family and friends? When Parker realizes she loves Jamie, she must make a choice, follow her heart to a different world, or remain alone and attempt to regain her beloved job. What happens when the one you love lives in another dimension? 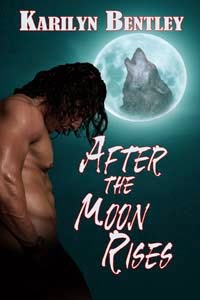 AFTER THE MOON RISES
Werewolves in London: Werewolf Vonda Diaz has sworn off men, until she meets sexy rancher, Tom McGowan. Try as she might there is something about him she can't ignore. Determined to keep their relationship professional she finds herself unable to keep her distance. Since his wife died, Tom has no interest in dating, but one look at Vonda and passion ignites. There is something different about her that draws him in. What he can't understand is why his dog finds her so fascinating. When Tom's daughter is kidnapped, the two join forces to save her, not realizing the quest will unlock hidden mysteries. Will their budding love survive the secrets they discover or will those secrets tear them apart?

Wolf Mates: Margie McLean loves her life just the way it is. As the single Alpha of the London, Montana pack, she leads her wolves and makes her own decisions. When she stumbles upon an injured wolf she has no idea that her quiet life is about to take a dramatic turn. Zane Moskos never imagined that the mission his tryranical alpha sent him on would lead him to his mate. Now he is faced with the choice of defying the man who holds his sister hostage or losing the woman that fate has decreed is his. In order to save his sister and gain his freedom, Zane must convince Margie he can be trusted. Can they work together or will the passion they feel overwhelm them both?


DRAGON LOVER
Predicted from birth to be mates, Aryana and Fafnir spent their youth running from each other and pursuing their own dreams. Aryana sought power and magic, while Fafnir escaped to explore other lands and to find a love not dictated by cryptic prophecy.
But after Fafnir is captured and magically locked in his dragon form, he returns to Draconia. Ashamed and broken, he hides his true identity from everyone, hoping Aryana will find a spell that will return him to his human self.

The last thing Aryana needs or wants is to find out her mate still lives-for a mated female cannot be a priestess, let alone the High Priestess. Yet his dragon's presence brings out her true abilities. When opposing dreams collide, will love be the victor?


WARRIOR LOVER
As a Watcher, a guardian warrior of the Draconi, Enar has never fit in with his kind. When he sees Lily--the ideal Watcher's woman--he instantly claims her, believing she will bring him the acceptance he craves. Falling in love with her was not part of his plan. As her town's outcast, Lily wants nothing more than to escape. When Enar locks a necklace around her throat and declares she belongs to him, she jumps at the chance to leave. Her excitement soon becomes trepidation when Enar won't tell her what to expect in his world. But even her worry can't overcome her growing attraction to him. Soon Lily learns what life as a Watcher's claim entails, and refuses to submit. To keep Lily, Enar must turn his back on everything he thought he wanted. Will he choose his people? Or the other half of his soul?

MAGICAL LOVER
In a world where men can become dragons, Thoren is one of the most powerful. As a shape-shifting Draconi, Thoren wants nothing more than to continue searching for Halfling children, and returning them to Draconia. The last thing he wants or needs is a mate-until he meets Keara, an outcast unaware of the power that lies within her. Keara doesn't know what to make of Thoren or of the magic he practices. She learned early to keep her magic hidden-her witchy red hair and green eyes are burden enough. When Thoren offers his hand in place of a forced marriage with Lord Simon, Keara jumps at the chance to leave her town behind. But she fears Thoren will shun her when he discovers the truth about her abilities. Can Thoren convince Keara she is his lifemate, or will her secret talent be the wedge that drives them apart?