I'm trying something different today. Instead of talking about my dogs in the Tales from the Crate blogs, I'm going to talk about Life in the Rockies. Why? Because, almost a year ago, The Hubster and I moved our family of one dog and various fish, corals and other critters in a salt water fish tank (almost all of which died during the move, the fish and critters, that is, not The Kraken or the corals) from North Texas to the Colorado Rockies. Needless to say, things are a bit different up here, and I'm not talking about the Rocky Mountain High. So, in case you are interested, here is a list of things I've learned since our move. 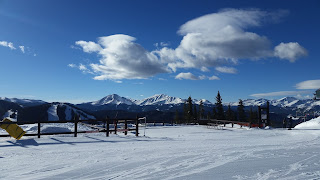 1. Altitude takes awhile to get used to. Become accustomed to gasping for breath while walking anywhere. Having an upper respiratory infection makes this worse (as a side note, don't go skiing with a URI lest you find yourself suddenly unable to breath while hurtling down the side of a mountain. Just saying). 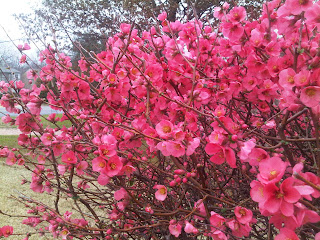 There’s a really cool book called 1001 Movies. I have it. Because I’m a dork like that. The book is 960 pages of Moviedom, complete with a handy checklist at the front.  (It also helped the cover has Indiana Jones on it – my first true love.)

I spent two hours perusing it. It’s jam-packed with photos, a little synopsis of each movie and opinions by contributions, starting with a silent movie released in 1902: Le Voyage Dans La Lune (a.k.a. A Trip To The Moon). I can personally say I’ve never laid eyes on this movie but there are some iconic pictures that are widely recognizable. The Moon with the missile-like spaceship right in its eye, for example. According to the book, the movie “represents a revolution for the time” and clocks in at only 14 minutes. But at the turn of the century, there weren’t movie theaters like what we have today.