Welcome to Diana, a good friend of the PP!

Diana Cosby is an international bestselling author of Scottish medieval romantic suspense. After retiring as a Navy Chief, AGC(AW), Diana dove into her passion – writing romance novels. She is currently working on the sixth book in the award-winning MacGruder brother’s series, and is preparing for the release of her story in the anthology, “Born To Bite,” with Hannah Howell and Erica Ridley.
How did you get from your day job to writing romance?  Throughout my life I’ve been an avid reader.  While serving in the Navy, a meteorologist/oceanographer, AGC(AW), I was determined that after I retired I wanted to be an author.  Once I began writing, I loved it!

Under the Microscope: Sheila Seabrook-Wedding Fever

Welcome to Sheila!
And Congratulations on Wedding Fever
Let's put you under the microscope.﻿

﻿
How did you get from your day job to writing romance?  I’ve always been an avid reader, so when I was at home with my babies, I started writing because all of these “people” were talking to me. They didn’t care whether or not I had a family or day job or other responsibilities. They just wanted their story told and refused to let me rest until I wrote it down. And before I got the first one finished, more “people” showed up. The other day, I told my husband I’m never bored because I’m always having conversations in my head.

What are your three favorite books of all time? This is always such a difficult question. I’ve loved so many books over the years, have read in so many genres.

1) Anything by Jennifer Crusie (sorry, can’t just pick one, but if I had a gun to my head, it might be Welcome To Temptation, or maybe Agnes and the Hitman, or maybe … <G>)
2) Lady Luck’s Map of Vegas by Barbara Samuel
3) The Spellman Files by Lisa Lutz

Morning, afternoon, or evening person?  Morning. It’s when my mind is the sharpest. But I have the best ideas when I’m half asleep. 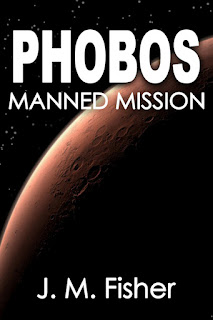 How did you get from your day job to writing romance?  I change documents on my computer. Sometimes I break for a cup of tea and a snack.

What are your three favorite books of all time?  The Bible, To Kill A Mockingbird, and La Morte D’Arthur (Sir Thomas Mallory’s translation).

Liese Sherwood-Fabre's thriller is a winner!

Saving Hope took First Place
in the
mystery/thriller category of

Remember how last month I talked about writing full-time? Yeah. So that didn’t work out. It seems my wonderful *cough* car *cough* has decided to break down. Two days before our family vacation to West Texas, the air conditioner broke. Kaput. Kaplooey. Done. Dead. Buh-bye. We drove the car anyway. It was so hot, I could have sworn even my eyeballs were hot. But we had a great vacation anyway.

Long story short the car needed repairs with a money amount that had a comma in it. Not a happy girl about that.

So I felt like I had to go back to work. Which, ya know, isn’t all bad. I did a lot of soul searching before accepting the job and realized that I really wasn’t ready, mentally or otherwise, to start writing full-time. The car repairs were an added bonus. *sarcasm*

I love Tinkerbell.  Since I was a little girl, I always loved the little fairy that flew at the beginning of the Disney show that came on every Sunday night. I loved to sit down in front of the television and watch all the different shows that Disney produced. When the show didn't come on, I remember crying. You have to remember those were the times before Videos and DVD's or even DVR's. You missed a show and too bad.

So many of my favorite movies were Disney movies. Snow White and the Seven Dwarfs, Pinocchio, Mickey Mouse, Sleeping Beauty and so many others. I loved the way that Tinkerbell would wave her wand and the castle would appear and you knew you were on your way to story land.

Last month, my husband and I, who are way too old, went to Disneyland in Anaheim, California before the Romance Writers of America's convention started. We wore ourselves out riding the rides, seeing the sights and watching small children wearing Mickey ears on top their head.

A big PP welcome to Beth Shriver
and she's giving away a book!
Take it away, Beth. 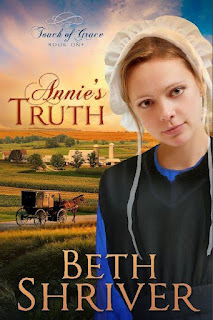 How did you get from your day job to writing romance?  When we moved from Colorado I had a hard time adjusting to Texas. When my friend, Shelley Shepherd Gray, published her first book, it encouraged me to write one. I’d written in magazines, papers and devotionals so I had a non-fiction back ground that helped in writing a full length novel.

What are your three favorite books of all time?  The first two books in Francine Rivers the Mark of the Lion Series and Gone with the Wind.

Morning, afternoon, or evening person?  I used to be a definite morning person but the older I get the less sleep I seem to need, and I end up staying up way too late.

Music--with or without? What kind?  I usually listen to Christian artists, but I like the oldies from the 70’s and 80’s too. I just aged myselfL

First or third POV?  I like to write first person but publishers aren’t crazy about first person POV. I’ve written four of them; Benford Peavey is a Good name, Love at First Flight, Funeral Hopper, and The Least of These. I really enjoyed writing each and every one. Two are published and I hope to find homes for the other two someday. 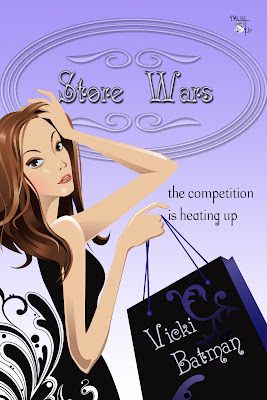 The competition is heating up when Janie's old flame
is back in town, running his family's business.

Today I did something I haven't done in a really long time. I went back over some old lists where I wrote out the things I wanted to accomplish for a particular year. Yikes! You know the kind of list I'm talking about. We make them at the end of the old year or the beginning of a new year, promising ourselves we'll make things happen, finish more projects and make changes that will affect all the areas of our lives.

While I made a few things from the lists happen, but most of them never came to fruition. It makes me a little sad so much time has passed without accomplishing the things I set out to do, year after year. (By the way, you all know I'm the Queen of Procrastination, don't you?)

More than half of 2012 has passed us by and the same pattern seems to be holding true this year as in years past. I promise myself I'll be better, keep on track toward accomplishing my goals, but before I can catch my breath another couple of months has sped by. I'm stuck in a repeating loop of sameness.

Today I want to change that, set some new goals. We still have several months left in 2012 to accomplish something momentous, stupendous (or even just a little bitty thing we keep putting off).

When I have visited my sissie in Tulsa, we always-always-always went to the flea market on the state fair grounds. Mostly, the prices are excellent, and I load up on goodies, like the homemade strawberry jam that tasted like berries, not sugar. Or vintage postcards, books, etc.

One of the first times I went to the flea market, my sissie introduced me to a woman who sold Margaret Smith of Gardiner Maine handbags. I broke down and bought a nice tote and still use it today. On a second trip, I purchased a smaller one and carried it to death.

Here's a bit about Margaret Smith: 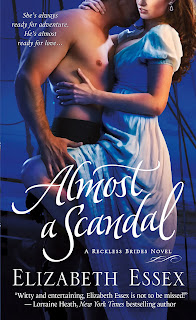 It’s here! The first novel in my new Reckless Brides Trilogy, ALMOST A SCANDAL is out! And I must say I’m thrilled.

This is the story of Sally Kent, a girl who grows up in a navy family and who lives, breathes and thinks about ships all day long. A girl who is, well, a lot like me. Or the me who wanted to spend my teenage years crewing on windjammer schooners off the New England coast. The me who loved the feel of the wind on my face and the blue, blue ocean spread out in front of me. The me who was filled to the brim with the possibilities of adventures.

So there’s a little piece of me closer to the surface of this heroine than in any other of the books I’ve written. And I will say that her story was so very dear to my heart, that I didn’t try to write it for a very long time, until I felt I had the skills necessary to do Sally, and the man she loves, Lieutenant David Colyear, justice.

And I think I have. But you be the judge.

Here’ a little excerpt from ALMOST A SCANDAL in which Lieutenant Colyear discovers Sally’s true identity, and that the midshipman under his command is not one Richard Kent, but his older sister:

There they are, Sally and Col, stuck together on HMS Audacious for the length of their voyage. And in such proximity, sparks will fly, and tempers and passions alike will ignite.

And to celebrate, I’m giving away two copies of ALMOST A SCANDAL, along with other goodies, to two random commenters! Stop by and leave a comment with your email address for your chance to win!