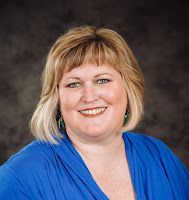 Award winning author Allison B. Collins is a fifth generation Texan, so it’s natural for her to love all things Western. It’s a tough job to spend evenings writing about cowboys, rodeos, and precocious children, but Allison is willing to do it to bring them all to life. She lives in Dallas with her hero-husband of almost thirty years, who takes great care of her and their four rambunctious cats. (all named after characters in her favorite Julia Quinn novel).

Cowboys to Grooms Series, book 2
As a single mother overseeing the biggest merger in her company’s history, Francine Wentworth doesn’t have time for romantic entanglements, especially with a cowboy like Wyatt Sullivan. Tall and handsome with a rebellious reputation, Wyatt is the exact type of man Francine should avoid. But her heart melts completely when her four-year-old son instantly bonds with Wyatt and becomes his little shadow. As the three spend time together in the Montana mountains, Wyatt shows Francine the beauty of a life beyond work. Yet as tempting as the idea of being with Wyatt is, what future could they have? Francine needs to focus on the merger and her life back in New York, but her heart and her son have other plans!


A Family for the Rancher
Cowboys to Grooms series, book 1

Nash Sullivan doesn’t need help from anyone. Not his father, not his brothers and sure as heck not from a physical therapist—even a darn feisty one like Kelsey Summers. He lost his leg during his overseas deployment and he just wants to be left alone. Besides, the last thing a woman like Kelsey needs is half a man.

Single mom Kelsey knows all too well that the scars on the inside run the deepest. She needs to move on from her own tragic past, but the Sullivan ranch is starting to feel a little too much like home. And she can’t stop thinking about her wounded—and gorgeous—patient. Could Nash be the cure for her own broken heart?

Give American cake artist Genevieve Haywood a picture of anything, and she’ll turn it into a sweet and decadent creation. She’s not going to let hard work or competition stop her from opening her dream business. But when she’s hired as the cake artist for her cousin’s wedding in France, she never expected to run into the French fashion designer who broke her heart fifteen years ago.

Roman Duchaine is done with living life in the fast lane. Tired of being in the haute couture spotlight, he’s moved back to the small French village where he was born and raised.  Roman’s ready to settle down and have a family until the lost love of his life arrives for his cousin’s wedding. Seeing her reminds him just how devastating falling in love can be.

Their fragile truce is meant to last through the wedding, yet every second together makes their attraction and long-buried feelings undeniable. But old habits and hurts die hard, and while Roman is ready to weave their lives together, Genevieve can't afford to lose herself in his shadow.