Susabelle Kelmer writes spicy-sweet contemporary romance from the foot of the Rocky Mountains in northern Colorado.  Her debut novel, Fairest of the Faire, was released in June 2015. 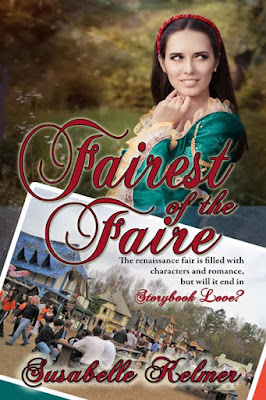 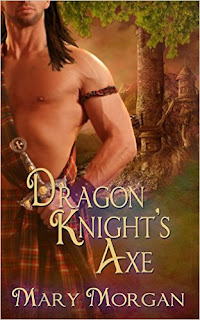 This is the third book in the Order of the Dragon Knights but it's not hard at all to pick up and understand what happened in the previous books.

Please welcome contemporary romance author, Angela Hayes to the Princess Court.  She's a married mother of two who splits her time between bringing characters to life by computer, and yarn to life with needle and hook. You can find her at www.authorangelahayes.blogspot.com where she helps connect readers and the authors they love. Follow her at: www.facebook.com/imahayes, https://twitter.com/imahayes, and www.pinterest.com/imahayes.

I love reading books with Alpha heroes.  It’s much easier for me to write about female characters, and how they think, than to write male characters.  I’ve started watching TV shows more carefully in the hopes of figuring out how to best write men that SHOW what’s going on with them, what they are thinking, how they act, rather than TELL.

I’ve come about 10 years late to the Supernatural phenomenon, and now I’m hooked (and I mean HOOKED).  Having loved Jared Padalecki's character on Gilmore Girls, Sammy immediately became my favorite.  But the more I’ve been watching the reruns, the more I see the internal angst that Dean (Jensen Ackles) has. I’m fascinated by their relationship on screen, and completely charmed that they are best friends in real life.

I started watching the reruns from 2009 a couple months ago, but am now watching the first season, and it's interesting to see how the characters have grown over the years.  So here's my take on it.


How long is your To-Be-Read book pile? Mine seems to get bigger every day.  I admit I'm a sucker for a happy ending. Which is probably why I write romance. But I especially love a good summer beach read. Give me a goodhearted man, a strong woman, throw in a sunny beach, and I'm right there picking up a new book to add to my list. And who doesn't love a bargain! 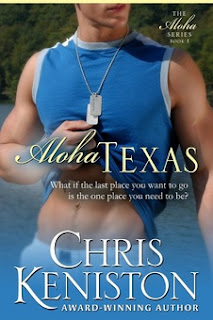 Every once in a while we as authors get to participate in fun opportunities to bring great reads to our fans.  I am so thrilled to be part of a three day Summer Book Sale Extravaganza! Twenty authors of Contemporary Romance have come together and for three days from July 16-19, one of our books will be FREE or 99 Cents.  There's a little something for all tastes: Sweet, Sexy, Military, Sports, and so much more.

As for me, the first book in my Aloha Series—Aloha Texas—is only 99 cents for this sale event!

Former US Navy diver Nick Harper is loving his new life as captain of a dive boat in Hawaii. Powerhouse attorney Kara Lynn O'Conner's world revolves around her small Texas town where life is easy and safe. Six year old Bradley Russell is about to change everything.

And here's a glimpse at the other books in this Summer Book Sale available now at most online retailer. Click on the book cover for more information.

The Perfect Vacation by Chris Keniston and Kathy Ivan

The Perfect Vacation – Chris Keniston and the Beach

My bucket list of interesting places grows longer every year. I'd love to walk the Great Wall of China.  I'd like to stand in the center of Timbuktu.  But I'd especially like to have lunch in an ocean restaurant in Bali.  Yes. I mean one of those places where the table and chairs are in the water. The crystal clear aqua blue warm water.

And if you can't tell, I am most definitely a beach person.  I love the ocean, the sand, the sound of the waves rushing ashore.  And have you noticed how the food always tastes better by the sea? 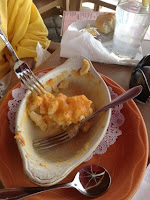 My mother and I had the best ever Macaroni and Cheese in Bermuda. 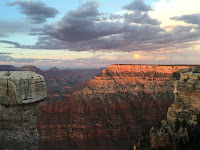 Now I know a lot of people love the mountains. Some of the views are mind boggling. A friend of mine recently sent me a photo from the Grand Canyon – also on my bucket list - that left me breathless. 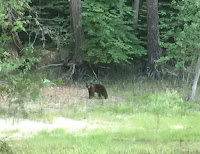 Of course my biggest problems with mountains is they tend to come with other interesting and often frightening sights, like bears.


My first book, Murdering Eve, got a revamp & a facelift this year.  Newly edited with a shiny new cover, my new publisher asked me for a slew of information, including "interesting" anecdotes about either my writing process, or the book, to prepare for release promotional materials.

Immediately, I was stumped. What's an interesting anecdote? There are tons of un-interesting things I could say, like the fact that I write cross-legged, or guzzle diet cokes all day, or that I don't usually shower until I know husby is about to arrive home from work - and even then, it's hit or miss. None of that stuff, while true, is particularly interesting.

Then I got a random, out-of-the-blue email from an old boyfriend. And stared at his name in horror. The book I was about to release featured his first name as the name of my hero. Thrown into a frenzy of "holy crap", my brain buzzed with whether or not I'd done it "accidently on purpose".  Questions I didn't want the answer to ricocheted inside my skull, bouncing off one another.

- What if ex-boyfriend finds out I'm an author, reads the book, and assumes I'm still hung up on him?

- What would husby feel if he knew the hero in my first book shares the same name as the guy I dated before him?

- Most importantly, why on earth did my brain pull such a nasty trick on me? 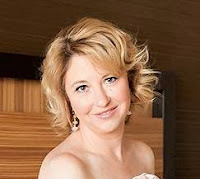 For my Vegas wedding, my books and computer came with me but there wasn't enough room for my wedding shoes. It’s all about priorities! Currently living in the suburbs of Ann Arbor, Michigan with my darling husband, way-too-grown-up children and spoiled dogs, I enjoy getting away through a book to escape the harsh winters or summer road construction.

Here it is people, my first Harlequin American cover.

I have to say, Hunter is as dreamy as I imagined. Check out the dimples!!! 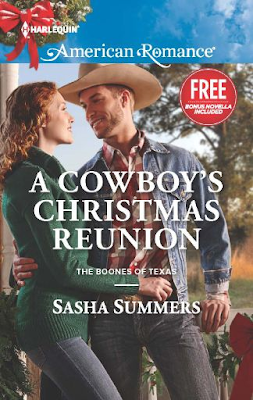 Way back when, Hunter Boone thought he and Josie Stephens had something that would last forever. Then she got her ticket out of town and took off—alone. The hurt nearly tore him apart. By the time Josie realized she'd made a mistake, Hunter had already married.

Now Josie's back in Stonewall Crossing, and while instant fire flares between them, she can't come between the now single dad and his son. As the whole town gets ready for Christmas, Josie finds it hard to avoid Hunter. No matter how much he tempts her with the promise of a future together, she has to tell herself—for her own survival—that relationships just aren't her thing…

It will release in October - but you can pre-order now on Amazon and B&N and everywhere Harlequin in sold. :)

The Boones of Texas Book 2 is slated for January: Twins for the Rebel Cowboy!!!

With tremendous excitement, I announce the release of Book 1 in the Four Realms Series.... Murdering Eve is available today!  And here's the best part for any series lovers, Books 2 and 3 are complete and in the pipeline for release later this year - so you won't have to wait eons for more.

If you want to find me today...I'll be doing my happy dance! 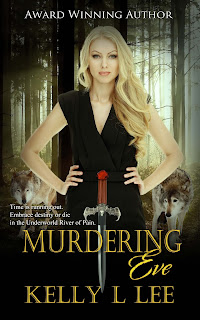 Exiled to magic-barren Earth Realm, Whit Blackstone has resigned himself to never seeing his family or clan again. But when a mysterious woman appears, wielding as much power as the goddess who banished him, primal desire and his desperation to return home collide.

Immortal… After twenty-nine years of believing herself human, Eve Moore can’t wrap her brain around the word. But even immortals can’t always cheat death, especially if a bloodthirsty God of War threatens your soul. Betrayed and hunted by a relentless assassin, newly immortal Eve Moore has no choice but to trust the heart-stopping stranger she’s been tasked to find and return to Olympus.

As their chemistry ignites, Eve discovers the depth of her emerging powers, and the inescapable connection she and Whit share.  When the time comes, will Eve hand him over and walk away? Or will the long buried secrets of her past doom both their lives, and their very souls?

What reviewers have said about Murdering Eve:
"This book puts an exciting new twist to the contemporary fantasy world." - Long and Short Reviews
"I look forward to reading more from this author, as she has infused new life into the paranormal scene." - Night Owl Reviews


"I couldn't put down Murdering Eve. Not only does the title itself intrigue, the book has a sexy hero, a kick-butt heroine, and just about everything required for an awesome read."  - CA Szarek, award-winning and best selling author