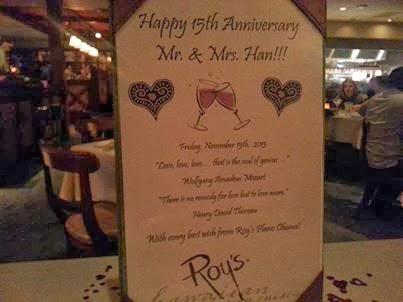 I was on the long road to finishing college (I worked my way through) and was about to turn twenty-seven. I’d gone out with friends to celebrate early. Sitting around the table at a nightclub, and being in between relationships, I realized I’d never dated a guy with black hair. In fact, I tended toward blue eyed, sandy-blond types. You know, Kens. I’d even dated a guy named Ken in high school. I know, Barbie and Ken. *gags*

While contemplating that thought, I made an announcement to my friends. The next guy I dated was going to have black hair. So, naturally, I look up and the first guy I see walking by the table has black hair.

My friends laughed so hard, I took it as a challenge.

But he’d disappeared into the crowd. Looking around, I finally spotted him on the dance floor. He wasn’t half bad. Actually, he had some decent moves. So, in all my bravado (birthdays have a way of pushing one out of their comfort zone or maybe it was the drink J), I joined him.

We danced most of the night. At the end of the evening, he asked if he could buy me breakfast. I declined, expecting him to ask for my number but he didn’t.

What could I do?

We parted and, with no way to reach one another, didn’t see each other for a month. I’d gone back to the same club after finals just to see if he was there. Apparently, he had, too.

After another night of dancing, and much to my relief, he asked for my number.

With him in grad school and me working my way through undergrad, we dated for three years before he asked me to marry him. Last November, we celebrated our fifteenth anniversary. And all of our kids are good dancers.

Now it’s your turn. Tell me what attracted you to your guy, and is he a good dancer?
Posted by Barb Han at 5:30 AM

Love your post, Barb. I also was attracted to blue eyes and blond hair. My hubby has the most gorgeous blue eyes and long dark lashes. Although, his hair was dark when we married, it's significantly lighter now. We'll call it blond. Ha! 40 years and counting.

Funny you should mention dancing though. We went to a little club last night to hear a band that a friend of ours plays drums in. Lots of fun watching the people on the dance floor. My dad even taught dance after WWII and tried hard to teach me, but after a couple nights gave up and declared that I was my mother's daughter as I had zero rhythm. But in almost every book my hero is a good dancer. Hey, if I can't dance, no reason I can't live vicariously through my characters, right?

Our similarities made me smile, Pamela. I love that your dad was the good dancer in your family. And that you get to live out your fantasy through your characters. I feel like I get to live a thousand lives through mine.

I've never dated the tall, dark, handsome type. What attracts me most to a man is his intelligence and his humor. Throw in some savvy dance moves, and he's a keeper. ; )

I love a great brain and even better sense of humor, Robena! Although, I'll admit it isn't the first thing I see in a man. LOL

My husband is funny has great eyes, looks good in a pair of jeans and a suit and loves to dance. :-)

Considering he has you, sounds like he has it all, Cindy. :-)

My husband does NOT dance, but is happy to cheer me on. ;)

The thing that attracted me to him - maybe not first, but definitely most - was the TINGLE. I was a barista, serving drinks across a bar. I put up his Grande Mocha and his hand brushed mine as he grabbed the cup. I got a rush from my fingers to my toes and I just KNEW.

I LOVE that, Melinda. And a man who is willing to stand on the sidelines and cheer for you is definitely a keeper!

What a neat story, Barb! My guy hates to dance, but loves to watch it. :) Glad you caught your black-haired man! :)

Love your story!! You have a keeper! I actually picked my husband. Blond and blue eyes, he was gorgeous. But my friend, who knew him, warned me off. She said he only dated tiny petite girls!

Pffft. I said, (or something close to it) and I made her introduce all five feet ten inches of me to him. The rest is history.

What a fun post! I love hearing how couples met. I'd love to hear his version of the first meet as well. It's always fun to hear the same story told from a completely different perspective. He was quite the bold dark haired man...asking to buy you breakfast after tripping the lights fantastic! Glad things worked out for you and that you're kids all got game on the dance floor! :)

I love that your guy is willing to watch, Karilyn! But now I'm curious, what color is his hair??

He didn't have a chance, did he, Jerrie. He's the luckiest guy in the world to have score you and I'm sure he's figured that out by now. :-)

What a fun idea, RoseAnn. Now I'm curious as to what he'd say. :-) Isn't it funny that all of them can dance? Guess it was destiny.

Congrats on 15 years, Barb. Great "first meet" story. Mine was similar. Our eyes really did meet across a crowded dance floor. I thought he was the most handsome man I'd ever met. Unfortunately, he was wearing a full leg cast and his friend asked me to dance. Still, we ended up together and he's as sweet as he is handsome.

My guy had dark hair, now more gray than black. He is a pretty good dancer too.
skpetal at hotmail dot com

I love that story, Cindy! I guess your husband was the lucky one who caught you!

I love that you two have been together long enough to watch his hair gray, Jean. Very sweet!

it was the 3 hour conversation we had at a Halloween party a mutual friend had thrown. While drunk people cavorted around us we sat in a corner and talked about so much stuff. His intelligence, 1000 watt smile and blue eyes were my downfall :)

What a cute story and it reminded me of what my mom always told the boys in our family. Learn to dance and you'll have all the attention of women wanting to dance with you. They've taken her advice. But I told hubby that he had to learn how to dance, and so happy we took lessons together. We go out dancing almost every weekend.

I adore that description, Jaime...'His intelligence, 1000 watt smile and blue eyes were my downfall'. Lovely! *sigh*

Isn't that the truth, Armenia. I love that your mom clued the boys in early. :-) And how sweet that you go out dancing almost every weekend. We rarely ever go. That should definitely change.

Love your story! My hubby's sense of humor and good looks attracted me to him!

A sense of humor is so important, isn't it, Jennifer. And good looks don't hurt, either. :-)

Love your story, Barb. My fella has two left feet. His son taught ballroom dancing, but was never able to teach his dad. Sometimes if he's had enough to drink, I can get him to slow dance. He had sandy blond hair when we first met, now gray. What attracted me to him was his sideburns.

Love that his sideburns attracted you, Linda. How sweet that he tries to dance with you. My husband had me try to teach him to two-step for years...never could get the hang of it. He says his moves can't be choreographed. :-)

Thank you, Bailey! And thanks for stopping by. Good luck in the drawings.

I nearly always have a positive first impression of a man, dancing. He doesn't have to be good. In fact, I figure the worse he is, the greater the chance he's not the kind who Always Needs To Be Right. Or at least he has a decent sense of humor.

I was attracted to my guys smile and his light eyes. Blue some days and hazel others. He's got some fun dance moves, but we don't use them much. Congratulations on 15 years we will be celebrating 13 this year.

Hi, Barb! and that's hilarious about the dancing. Handsome thinks he has great moves, but in reality, I just laugh the whole time and he thinks I'm happy dancing with him which perpetuates the he thinks he is a good dancer stuff.

I love that point of view, Sally. I give points for any man who's willing to get out there and try!!

Congrats on coming up on 13 years, Karla. There isn't much better than a great smile. Of course, a great butt is nice, too. LOL

Hi Vicki! Okay, you made me snort. Too funny! I love you laughing eggs him on more. And, you both end up having an even better time. :-)

And the winner of an e-Copy of Rancher Rescue is...Karla Eakin.

All I need is your e-mail address and to know which format you'd like, Kindle or Nook.