When I Grow Up

When I was a kid, my dream was to be a Dallas Cowboys Cheerleader (they were classier then). I remember wanting that so bad. I took dance classes at Texie Waterman’s—the choreographer for the cheerleaders. When I had my Saturday morning ballet class, I remember seeing them coming and going. Or maybe that’s just a pretend memory (the kind that you wish you had, but I swear I remember that). I had the pom-poms and everything. I was so cool.

Several years later, I discovered Indiana Jones and then I wanted to be an archaeologist. Or at least his girlfriend. Who didn’t? He was hot. I think the thing about Indy was he knew what he wanted and he would go after it, no matter the cost. He was part alpha male, part beta. Brainy and sexy. Globetrotting. Swashbuckling. That was so cool! I wanted to do that when I grew up! 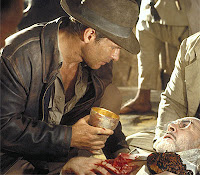 And then I discovered I would have to dig in the dirt and it wasn’t as glamorous as Indiana Jones. I’m not a fan of having dirt under my fingernails so that was a no. I don’t like the sun or the heat. Another strike against it.

About the time I hit junior high, I thought I wanted to be an Egyptologist. I’d read Robin Cook’s Sphinx and thought it would be cool to study Egyptian stuff. But again, wandering around in dusty museums and the desert just didn’t appeal to me. 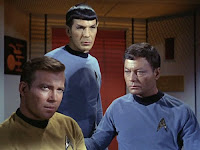 Another part of my life was a love of Star Wars and Star Trek. I played the role-playing game (shut up I know I’m a nerd) and really wanted to be a pilot. Or so I thought. This was by the time I hit high school and I took this aerospace/aviation class. I was the only sophomore in the class and I royally sucked at it. Mostly because I hated math and science. Algebra wasn’t my best subject. I didn’t know any trig. WTF was I doing in this class? I pretty much flunked it (along with Chemistry) and decided piloting wasn’t for me. Neither was being an astronaut. 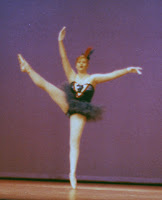 Now I’m in high school, still taking dance classes and still trying to figure out what I wanted to do with my life. I didn’t want to be a ballerina which is strange because I spent nearly sixteen years of my life on the stage. Nor did I want to act. Which is also strange because I was perfectly comfortable on a stage. Looking back, I sort of wish I’d pursued the acting thing. Alas, I did not.

I thought about joining the Navy (OMG I would so die in boot camp), thought about going to school to be a teacher, a court reporter, a legal assistant. Instead I went to work and frittered away my twenties in bars with my friends and playing MajorMUD (if you don’t know, you can look it up here).

Somewhere along the way in high school, I’d started penning stories. Long ones. Short ones. Romantic ones. Science fiction ones. Adventure ones. Most of it included fanfiction. I didn’t know if it was good or bad. I didn’t care. I just did it because it was fun and I liked it.

I’m still finding my way in the writing world but at least I finally know what I want to be when I grow up. I think. ;)

Not Spock. Not a cheerleader. Yes, a teacher. I typed way fast and took shorthand (120 wds a minute).

I think you grew up to be a very nice person. ox

I had two careers. One was, I thought, super practical. The other wasn't. Practical: veterinarian - doesn't every little girl want to be a vet at some point? And the other - a writer... I know, shocking, right?

What a FUN blog topic. I see movies had a big influence. I think they do. They are often our kids first close exposure to a career.

I was determined to be a heart surgeon. Or a brain surgeon. I was torn. I started as premed in college. Even though I couldn't resist having a minor in English and another minor in History.

Unfortunately, chemistry and I were not good friends. So,I switched majors to psychology. Oh, and did I mention I couldn't resist taking art. Took so many had to get special permission to take the majors classes.

After 7 years in college, including summers,(also going through secondary ed for emotionally disturbed kids) I finally graduated. I loved college and don't regret a minute of it.
Every class has contributed to my current well-being.

After all that... I grew up to be a writer and an artist just like my mom and teachers predicted.

Funny stuff! I wanted to be a model. LOL Yeah, right. Then behind the camera as the photog! But a writer is what stuck when I got to 28! It took 20 years to get pubbed. But I did it!

I was the kid in class who had no clue as to what I wanted to be. I wanted to go to college, but nobody in my family had ever gone. (Yes, I know, I come from goat farmers, crop pickers and truckers.) I wanted to be a sociologist. I think I would have eventually gone into counseling. I still love psychology and the study of people. I guess that's why I became a writer.

I always wanted to write - but I had to earn a living first, so I puttered around until I retired and now I'm about to be published! How cool is that? Just goes to show that you can do what you dream. You might have to wait a while, but you'll get there.

Really enjoyed today's blog. Always terrific to learn how someone came into writing. I love the picture of you on pointe.

Fun to read and learn more about you!

Love the story, Michelle. I did not know you were a dancer. I grew up only wanting to be a nurse. I did that for many years. It was only when I went back for a degree that I took a creative writing class as an elective, and the rest, as they say..is history!! But history with a lot of dues paying!!

I dreamed of working with horses when I was younger but my parents wouldn't cooperate - the only horses I had were statues. I started following racing in the papers and then got hooked on journalism, which brought me to writing fiction. It was fun to read everyone's stories!

I started out wanting to be a writer but never felt it would pay the bills. So I decided I wanted to be a vet but in high school I decided I would join the Navy and become nurse. But needless to say I ended up getting married and having 4 wonderful kids. Now I stay at home and write. In high school I loved english and my teachers kept all my stories and reports. At the time I didn't care but now wish I had some of them. But in the end I ended up coming back to the one thing that brings me joy writing. Plus being a write I get to explore so many possiblities that most would never have. Writing is just who I am.

I wanted to be an international equestrian for pretty much forever. Then found out how much money I needed. Oops.
Or a dinosaur hunter. Never mind they're already extinct.
Sigh. So I took up writing

Loved the post, Michelle! I liked Indie too, but more along the lines of wanting to date him! :) I wanted to be a teacher or cure cancer. Go to Arabia and race horses in the sand (thank you Black Stallion). Become a world traveler. Write the next Little House on the Prairie series. Thanks for the walk down memory lane!!

Hi, everyone! I loved all the stories! Sorry I'm late in replying - day job and finishing edits on my book due Friday.

Thank you all for stopping by and sharing :)

I wanted to be Indiana Jones and have Harrison Ford for my bf. Unfortunately I couldn't figure out why the Nazi villain would make him dress up for dinner. You could call it an early experience with a difficult plot point.

I loved horses but even as a child felt I'd missed my chance at three-day eventing by not learning to ride young enough. Too expensive. So I read books about horses instead.

I liked the James Herriot books but was depressed by the idea of charging people $ to look after their animals. (My dog had gotten injured and we had to pay a small amt to have him checked out by the vet ... it was a Big Deal.)

So mostly I just daydreamed. Turned out to be good training for a writer.

I laughed out loud on your boot camp comment. Very funny. Great interview and thought provoking. Also touching. Makes me realize I need to figure out what I want to be.

Great post. Reading it I remember all the things I wanted to be, and now am going through it with my daughter.

She wants to dance in Cirque de Soleil, so that's the goal to get her into the National Circus ARts school in Montreal. Her backup plan is to be an animator.

I wanted to be a marine biologist, I had all the high grades needed in all the classes, but then got sidetracked by taking a year off and getting into trouble.

I didn't pursue writing until I was 30. Now I couldn't imagine doing anything else.