I remember the day I got 'the call' vividly. It was the first Monday of Spring Break, March 11, 2013. I spent the day working while my children enjoyed their day off. My college son was home for the week and brought his girlfriend, so the house was full of games, running, and laughter. And nervous energy, too. My agent had told me the Friday before that an editor had good news about my manuscript. I hoped for a sale but decided it was most likely a friendly Revise and Resubmit invitation.

As the day wore on and the phone remained silent, tension grew. By two thirty, I was a bundle of nerves. My oldest suggested we get out of the house and go to an arcade to get my mind off the clock, which felt like it was ticking louder with each passing minute. We piled in the car. Halfway to our destination, my cell phone rang. I made an immediate right turn into a parking lot, and then answered.

My agent delivered the news, I'd sold to Harlequin Intrigue! I don't remember much else about our conversation, except that there was total silence inside the car while we spoke. Until I ended the call. Then, shouts erupted and tears slid down my face.

Just as they did yesterday when I walked into Barnes and Noble and saw that very book on the shelf. My book. There were tears on that day, too. And lots of joy. 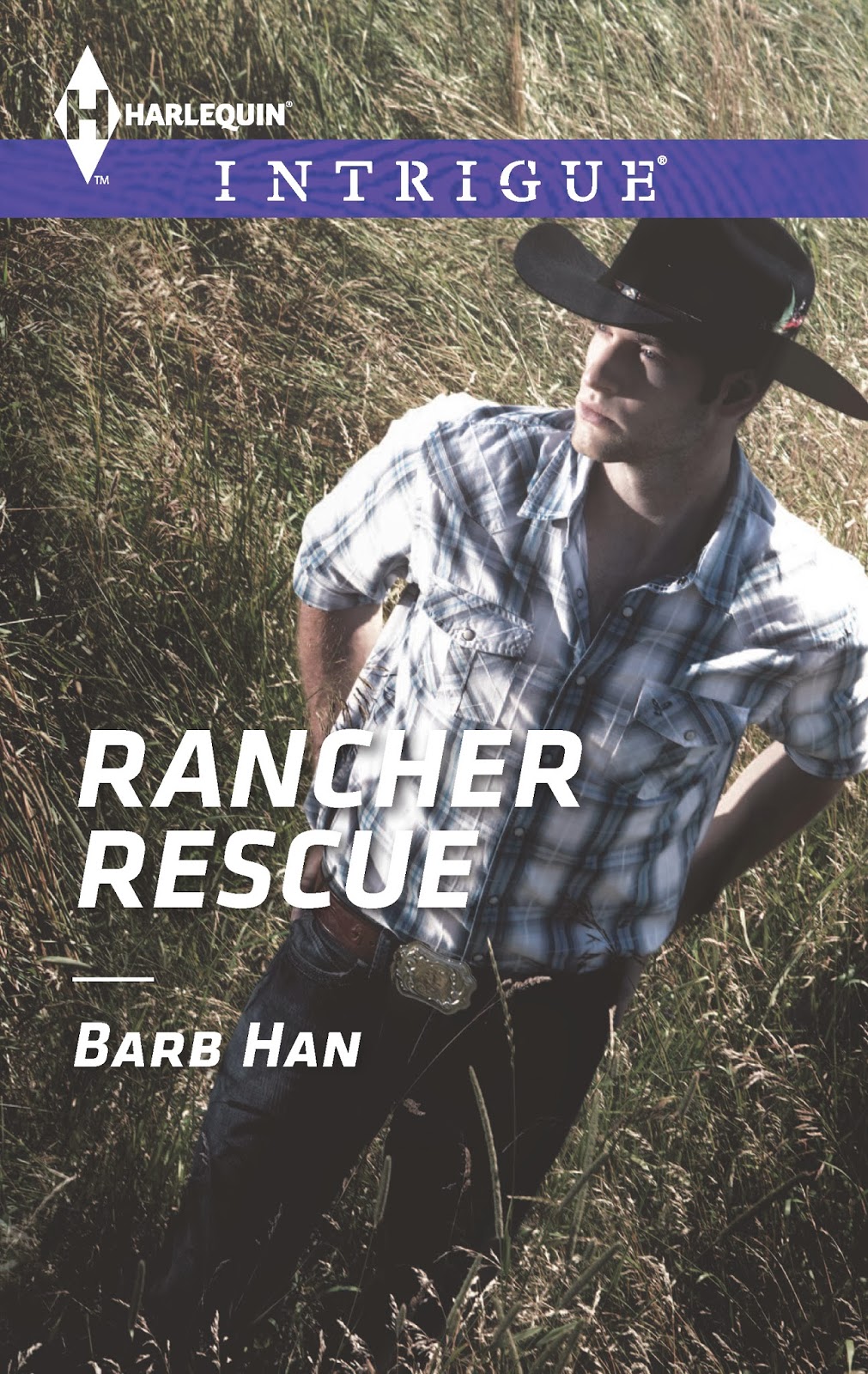 Getting tangled up with another woman in crisis is the last thing rancher Caleb Snow needs. The handsome cowboy has been badly burned too many times. But this one feels different—Katherine Harper is injured and reeling after an ambush in which her nephew was kidnapped. Caleb wants nothing more than to protect the beautiful, headstrong woman and help her find the missing child. If only he could ignore the feelings she stirs in him.

But as they search together, it’s clear someone wants Katherine dead. Soon the two are running for their lives, dodging bullets, not knowing who to trust…or if they’ll survive long enough to bring a little boy home.

Desperation had the muscles in her face rigid as she stood in front of him, moving closer. A red heat climbed up her neck.

“I can’t let you lie.” He smiled. “Besides, you’re no good at it. And the evidence will clear us.”

Defiance shot from her glare. Her stubborn streak reared its head again. “You don’t get to decide.”

Her gaze was fiery hot. Her body vibrated with intensity as she stalked toward him.

He readied himself for the argument that was sure to come, but she pressed a kiss to his lips instead, shocking the hell out of him.

“There’s been enough fighting for one day. I need something else from you.”

He locked onto her gaze. “Are you sure this is a good idea?”

Now it's your turn. Tell me about one of your special life moments...

Congratulations Barb on your first release. The first sale is so much fun. I have a plaque hanging in my office that reminds me of that day. May 7, 1998 -- Love's Last Gamble, which was later changed to A Hero's Heart. I hope you have something in your office to remind you of that day.

What a great idea, Sylvia. My daughter made us stop off at Barnes and Noble again after carpool so she could see and take a pic. Maybe I should frame it? Love your title, Love's Last Gamble. And that you remember the exact day!

That sounds so exciting, I couldn't imagine how nervous I would be! I cant wait to read the book!!

So exciting, Barb! Congrats to you. Love your story about the call, and loved Ranger Rescue as well. This is just the start of something big.

Thank you so much. I'm pretty sure this is hitting my personal highlight reel. :-) I hope you enjoy the story.

Hi, RoseAnn! Thanks so much for stopping by. I'm so glad you enjoyed the story. The call is definitely a highlight!! Thank you so much for your support.

Yes, you should frame the picture. You should celebrate and shed a few tears of joy, too! You deserve this. You and the book are awesome. That's a great combo!

I remember tears holding my first print book. That was the time I really believed!

I remember talking to you when you had your first book in your hands, Jerrie. Such an amazing moment! Thank you so much for your support. You've made this journey even more fun.

how fun for you - I'm afraid my favorite life stories have so little to do with my writing - lol.

I suppose the most unexpected was the time I got to ride in the cockpit of a 727 from South America to JFK airport- not so much fun when I realized the pilots didn't understand the control towers instructions! lol

Ohmygosh, Chris. That sounds crazy scary! I'm going to have to hear the rest of this story some day very soon! Drinks, anyone? LOL

Oh holy nightmare, Chris! My heart is racing just thinking about it. So happy you survived!!

Hi, Barb! I love your story and am so happy for you. I hang a picture of every cover in my office and you know what? The wall is getting a little crowded. It's a great feeling.

As for the best moment in most recent times.... When #1 son came in my office and said he had something to show me. An engagement ring. Even now, I get teary eyed. Hugs.

So happy for you my friend! Congrats again on all your success! I have my copy waiting for your autograph :)

Hi Barb, Congratulations on your first sale to Harlequin. How wonderful.
And you're book sounds great. Looking forward to reading it.

Hi Vicki. Wow, now that's a moment! I can only imagine how it feels when your son shows you an engagement ring. What a moment!!

Hi Michelle! Thank you so much for your support. I'd be honored to sign your book! I just found out print copies have sold out on Amazon. I'm sure they'll get more.

Hi Darkwriter! Thank you so much. I hope you enjoy my rancher. Good luck with your writing!

Hi Barb,
Great post. I don't have a special moment regarding my writing except putting THE END on the manuscript.

Personally, My wedding day was my biggest best highlight.

The worse 'special moment' was me being held hostage back in my cop days. It was special because I wasn't hurt.

Congrats on your release, Barb!! So happy for you! Can't wait to read it!

Congrats Barb. The book sounds wonderful and so exciting. It is a wonderful feeling and you should savor it!

THE END are two of my favorite words, Phyllis. I love that your wedding day is your best personal moment and I'm so glad you're OKAY. A hostage situation must've been scary even to a trained cop!

Hi Karilyn! Thank you so much. I hope you enjoy Caleb. :-)

Thank you, Melissa. It's been an amazing week.