Michelle Miles: Bring on the Olympics!

Now that 2014 is in full swing, the holiday food comas have passed, we’re getting used to the back-to-normal traffic and back to school…I’m here to tell you this:

I AM EXCITED FOR THE OLYMPICS!

I LUUUUUUUUUUUUURVE the Olympics – especially the winter games. They are probably my favorite. Why, you ask? Because they are made of awesome sauce, people. 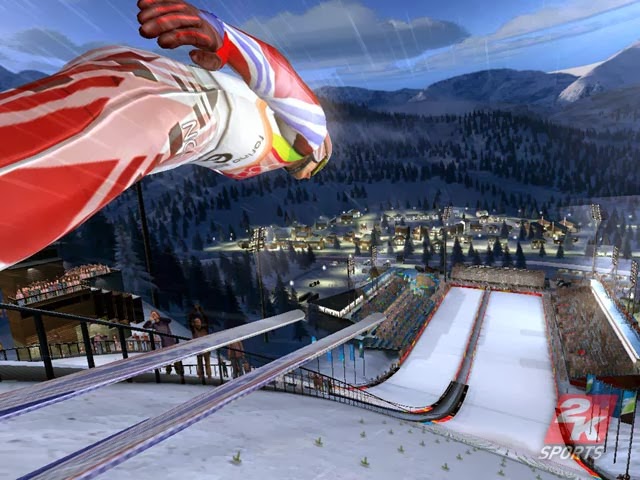 One of my favorite sports is the ski jump. Let’s examine that, shall we? I am not afraid of heights but THIS…this would make me queasy. They are riding down a giant ramp on two sticks and then LEAPING from the edge (puke) and landing as far out as they possibly can. When I was a kid, we had this Commodore-64 computer and the Winter Olympics was one of those games on FLOPPY disk (geeze, I’m old) and we would play it all the time. And my favorite game was the ski jump because if you didn’t do the joystick just right and jump off the edge in time then the jumper would go SPLAT at which point I would laugh hysterically and then do it all again.

And that doesn’t happen in real life. I don’t think I’ve ever seen a ski jumper go SPLAT (thank goodness). 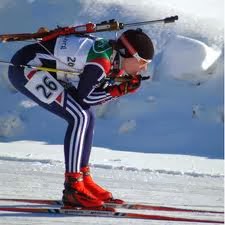 The other sport I think is cool is the biathlon. Because SKIS and GUNS are AWESOME. I don’t think I need to explain further.

Hockey. Please, do I even NEED to go there? Go Team USA!

Other things I like: the luge, the skeleton, the bobsled. I would TOTALLY do these things. Okay maybe not the skeleton because head first is kind of a no. But the LUGE! Slap me on a little board and shove me down the luge! How fun is that?

And the bobsled. The closest I’ve ever come to a bobsled is the ride at Six Flags where you get in with three of your best pals. Somehow it’s not the same in 100-degree heat.

Also the speed skating, figure skating and pretty much ALL the skating is awesome.

The only downfall about the winter Olympics is there is no water polo and hot guys diving.

Michelle Miles writes fantasy, paranormal and contemporary romance. In her imaginary world, she's a world-famous Couch Olympiad. Follow her on Twitter, Facebook and check out her website for all the latest on her books.

Posted by Michelle Miles at 1:30 AM

I love the figure skating, even the cheesy one where they all do the same dance it looks more like a polka than actual dancing. I also love the bobsled. I can't imagine going that fast on a tiny little sled. I just hope and pray that the games are safe for everyone involved.

I love figure skating, too, Sylvia. But my all-time favorite is gymnastics. Good luck to all the athletes.

The winter Olympics are my favorite, too. Even with the lack of horses. We need a winter horse sport. Can we have Jingle Horse Races? We could have snow chariot races.

LOL Voo maybe you should bring that to the attention of the Olympic committee! I think it's a great idea. :)

Hi Barb! I like gymnastics too. It's fun to watch.

Is that the ice dancing, Sylvia? I always miss that.

Hi, Michelle! The cheesy one??? Do you remember Torvill and Dean and their Bolero routine? Handsome and I saw that and were totally speechless.

Bring on the fun.

I admire the people who work day in and day out to prefect their sport and face the fierce competition, but I don't normally watch the games...just not my thing.