Do you judge a book by its cover?

Of course. We all do, literally. What’s the first thing that snags a reader’s interest in a book? It’s the cover. If that sparks our curiosity, we’ll check out the blurb and maybe read an excerpt before deciding to commit to a purchase.

Although we may try not to judge people the same way, we can’t help ourselves. If there’s a line of single women at a dance, which one does a guy approach? The prettiest, of course. And we can’t attribute that superficial attitude to just men. If we’re trying to meet someone on a dating site, don’t we click first on the profile of the best looking man? Although I believe women do rate other qualities higher than looks when searching for a partner, don’t we always give the handsome one the first shot at fulfilling our expectations?

How many romance novels have you read with an average looking hero? Not many, I’d guess. We want the man of our fantasies to be devastatingly handsome as well as possessing the qualities of honor, bravery, sincerity and kindness. Which is why it’s called fiction.

When developing the premise for Love Unmasked, I wanted to explore the difference in reactions to someone who is good looking compared to someone who is downright ugly, through the eyes of a character who has experienced both. To develop, through immersion in his world, the changes to his own psyche. RJ Parker was once handsome, charismatic, and a brilliantly successful litigator, until he was assaulted by a gang who objected to his political activism and sliced his face to shreds. Now the disfigured attorney only consults on cases for other lawyers, hiding away in the shadows.

When beautiful rookie lawyer Christine Dawson first meets him, her involuntary shock at his appearance nearly destroys their relationship before it begins. Desperately needing his expertise to help win her case, Christine determines to reverse her thoughtless first reaction. She works hard to gain RJ’s favor, earn his trust, and learn his secrets. And in doing so, wins his love. Yet, if she hadn’t been forced to work with him, she might never have taken the opportunity to know this extraordinary man whose intense passion not only fires up her career but illuminates her ordinary existence.

At one point, RJ confides to her, "I'm ashamed to admit some of the things I used to say to women. Flirtatious-to-the-point-of-lewd comments any other guy would get slapped for. I got away with them because of my looks.”

His eyes took on a faraway expression. "Everything came easy to me. To the point where I expected it, believed I deserved it. I never realized how shallow I was. I never expected to pay the piper."

How much do looks matter to you? In our constant quest to be thinner and prettier, do we ever stop to appreciate just being normal?

I love all my heroes, but RJ is my favorite, and I hope you will enjoy reading his story. Oh, and of course, I hope you like the cover. 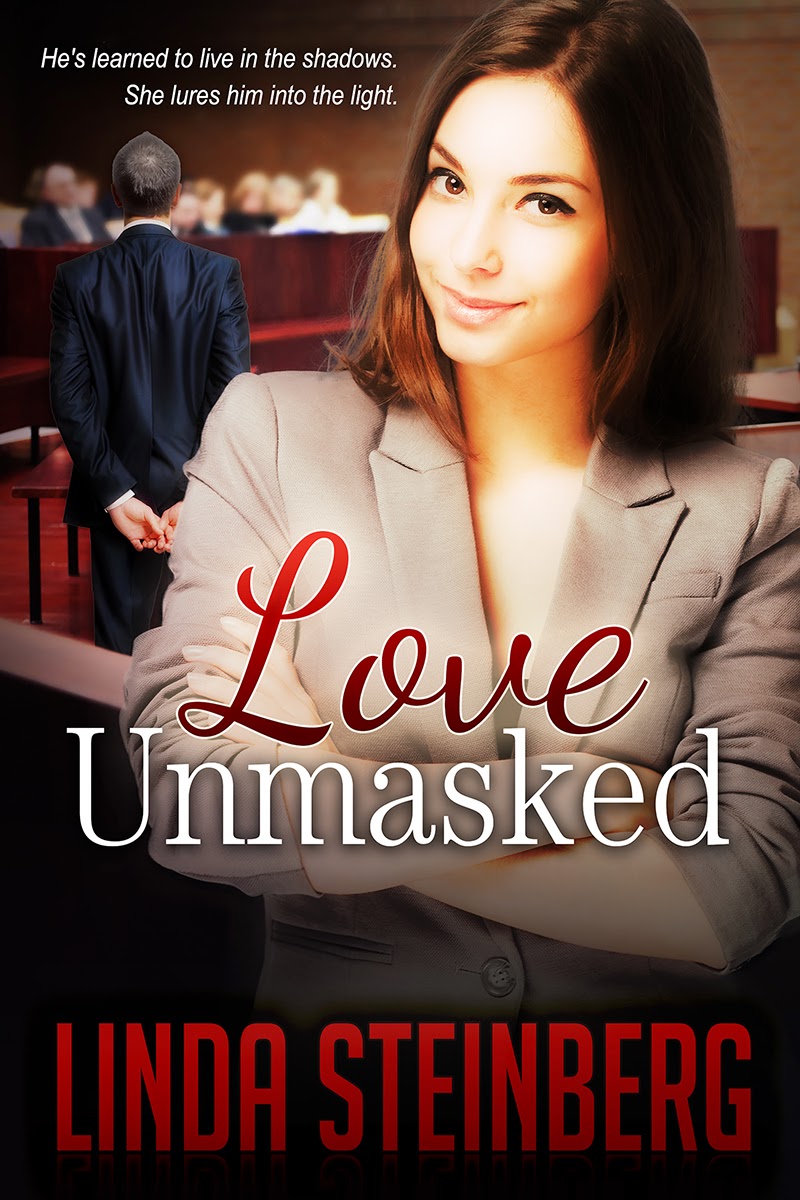 Yep, looks matter. In life and definitely in romance novels. In life, looks are the initial spark, but I think other traits quickly become ore important. I'd certainly date an average Joe who treated me well over a gorgeous jerk. However, in romance novels I want to escape into a fantasy. A great cover and a sexy, good looking hero are a definite plus.

HOWEVER, I've read this book and I dare anyone not to fall for RJ Parker. This story has depth and a dark journey for the hero to become whole again, not just in how he's viewed by others, but how he views himself. Great story.

Linda, What a great post and a great story. I haven't read it yet, but I'm so intrigued by this premise that I've got to check it out. And yes, it's sad, but people judge you on looks and then personality. I had a sociology professor tell us in class that if you were good-looking, you'd have an easier life. Good thing I liked that professor, because I hated that idea, but I believe it's true. Gotta read this book.

Sylvia, your sociology professor's theory was exactly what I wanted to explore in writing this book. I do think good looking people don't have to try nearly as hard in life. My husband was short and fat, and although he was successful in his career, he had to work twice as hard to achieve as much as the tall, fair-haired, good old boys in his company.

Hi, Linda! Looks do matter. I constantly said to the boys, "You don't want to be the smelly kid!" All kidding aside, looks are the initial attraction, then the eye twinkle, the curve of the mouth, the body because that speaks to virility and strength which means able to care for and provide for.

However, there are always exceptions and I'm betting your heroine finds the true man.

Agree, Vicki. My heroine was in a situation where she was forced to work with a man she otherwise would never have considered dating. It is sad but true that in our culture-wide obsession with looks, we can miss a lot of hidden gems. My heroine Christine finds a flawed diamond.

I can't wait to read this book! I am always amazed at how someone who strikes me as ordinary looking can become better looking once I get to know them. Or uglier sometimes, too.
Molly Cannon

Linda, I was fascinated when we talked about the premise of the book and I find the whole subject draws me in. We do judge a book by its cover and as much as we want to say we don't do the same with people, I think its a knee jerk reaction to be drawn to the more attractive, at least in the beginning. It's always wonderful when you meet someone and are able to see that beauty is more than skin deep. Appearances aren't everything, but people in our society look at the superficial long before they dig beneath the surface to find that diamond.

And I do love the cover.

Thanks for sharing, Molly and Kathy. Everyone deserves love, don't they? Sometimes the people who make it hardest for us to love them are the ones most worth loving.

Advices from https://essaydragon.com/blog/career-goals-essay wil help you to learn more about career goals essay. It means a lot in modern world

Looking to free up your time? Consider the option to order essay online from a reliable service. It's a great opportunity to save a lot of time and get your life back.