Who is ready for great holiday reads? Try the Season of Surprises #MFRWorg #RssosSisters #holidaybooks #historicalromance 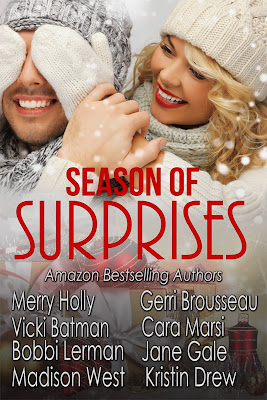 Princess Vicki here: I'm thrilled to be part of the Season of Surprises holiday anthology. Last year's Season of Magic was fabulous and now, we're back for more. I asked my fellow authors to share a holiday memory with me. Let's take a peek into their lives?


Merry Holly: Growing up in a large family is fun. Though it is like two different families--considering the oldest is twenty years older than the youngest. And her son is a year older than his uncle. I’m in the second half of the family.

Every Christmas, we waited for the one dollar our parents gave us to buy gifts for each other. They’d take us to the five & dime to buy presents. I remember the excitement and glee in choosing each one. One year, I found a pink whistle for my oldest sister, not realizing at eighteen years of age, it wasn’t what she needed. 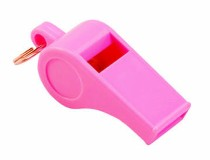 The week before I went shopping for gifts, my sister asked me to teach her how to whistle with my fingers.  She wasn’t getting it. So as any eight year-old would do, I reasoned it out and bought her a pink whistle. Florence took it with grace and thanked me profusely.

“Noelle’s Surprise” by Merry Holly: A couple living on a tropical island
has a secret that might tear them apart.

Jane Gale: The old-style Santa stood sentinel in the window, holding the electric candle while swaying side to side as he has done for as long as I can remember while the family celebrated Christmas.  My dad's gift to my mom on that glorious night was a Siberian husky puppy who brought warmth with laughter and joy. The puppy observed the gift giving and the excitement

everyone was having; so he decided he, too, would present my mom with a gift. He ran up the back of the couch, gently placed his tiny puppy teeth on old Santa's white hair, and gave it a yank. He proceeded to present the 'gift' of Santa's head to my mom at her feet. We will all remember the moment when the puppy gazed up at my mom hoping for her approval. She clapped, laughed and gave the puppy a giant hug.

“A Day for Destiny” by Jane Gale:  A court summons and arrival of a sexy, mysterious man throws Destiny’s mundane life into chaos. Not knowing who to trust, she could lose everything, including her heart.

Bobbi Lerman: I have always felt deprived because we didn't have a Christmas Tree. As beautiful as my mom's menorah with the eight blazing candles were, it just didn't quite have the appeal of the tree decorated with ornaments, lights, and feathery strings of glittering tinsel. Mr. & Mrs. Macrimmon, who lived a couple of streets over from my family, invited me over

to help decorate their tree every Christmas Eve, and they never seemed to mind me drowning the green branches with the silvery tinsel. After the tree was done, we would sit in their living room where we ate homemade sugar cookies (she made the absolute best ones), while admiring our handiwork and drink tea out of china cups.

“Providence” by Bobbi Lerman: An accident sends 21st century fugitive Amy Beale back in time into the arms of a beguiling artist for one last chance to clear her name and find her fate in a love that transcends time and space.

Gerri Brousseau: My most vivid memory of Christmas is something that my father started doing when I was about five years old, which I, in turn, did for my son, and now do for my granddaughter. Shortly after Thanksgiving (never before), my father would tell me that Santa’s elves were out and about watching me to make sure I was being a good girl. Being the Renaissance man he was, Dad always helped Mom by doing the dishes, and even though I was so small I had to stand on the step stool to reach the sink, I helped him dry. Every night while doing dishes, Dad would pretend he saw an elf peeking at me from around the chimney on the roof of the house next door, or peeking at me from the branch of the pine tree in the yard. “Did you see him?” My dad would ask. “Yes, I see him, Daddy,” I would say, and in my child’s mind I suppose I did. My parents didn’t always have money, but they never scrimped on Christmas. They made the holiday a very special and magical time of year for me, and when I had a family, I did the same thing.

“Enticed by a Laird” by Gerri Brousseau:  A Scottish Laird captured the heart of a titled Englishwoman from the first moment she laid eyes on him, but would his clan and her family ever approve of their forbidden love?

How about you? Do you have a favorite holiday memory to share? 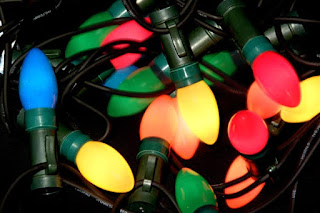 Special thank you to Plotting Princesses for inviting us to share our holiday memories with your readers. Remembering this magical time with my father, who passed away in 1980, brought a smile to my face. Little did he know he was creating special magical memories and a tradition that has lasted through generations.

OK, here's a little twisted Christmas memory. My husband is a big practical joker. One year he told our youngest that the reason he carried a sack was to take the children who weren't asleep back to his workshop with him. Unknown to us until the next day, this thought terrorized her to the point she slept with the covers over her head to make sure Santa didn't see her. We all felt terrible and quickly explained that it was not the case--just her dad's sense of humor. He learned his lesson and is more careful now about what he tells his grandchildren!

I remember the heightened anticipation of Christmas morning. I couldn't wait to see what Santa put in my stocking. I don't remember when I ceased believing in Santa but I think it wasn't until I was 9 years old or something. When I look back on my life I'd have to say, though, that watching my own children walk into the room to see what Santa brought them was WAY more exciting for me than my own memories of my past Christmas mornings.

It's amazing what sinks in a child's mind, Liese.

Thank you Vicki and the Plotting Princesses for hosting us today. Christmas is my favorite time of the year. Good will, good friends and family make the day for me.

Bobbi Lerman, you brought back memories of our Christmases when we lived outside of Chicago. We had some neighbors that were Jewish and they would come over and help decorate our tree. It was so much fun! The adults would drink and watch us kids decorate, LOL! I have a vivid memory of one of the intoxicated adults being decorated by the other intoxicated adults, lol. He was wrapped up in garland with Christmas decorations hanging off of it. I remember lots of laughter and good times!
Christmas has been rather subdued since we moved to Texas and it was just the 4 of us...then the grand kids came along and the magic has been restored!

Hi, Liese! Oh my! What a story. I hope your daughter recovered.

Hi, Patricia! You got it for me too. I loved watching the boys discover what was under the tree and in their stocking. After #1 son married, I needlepointed a stocking for her and just hung it on the mantle with no fanfare, just for her to discover. She went to get hers and cried. Heck, I'm sobby now with remembering.

Congrats on your latest release. I have so many wonderful memories of my own childhood and my children's childhood Christmases. Those are the best memories. :)

I loved reading about everyone's Christmas memories. I'm proud to be part of this great set of stories.

Sounds like a fun and memorable read, Ladies. Congratulations on the release and wishing many sales!

I enjoyed reading everyone's Holiday memories. Congrats your your release! Here's to many sales!!!

Sounds like a super fun read - congrats on your release!

Thank you so much for the best wishes. I wrote a story about handbags. lolol

Here we have an article dedicated to a resume writing tips. Have a good luck!