Reflecting On My Year - By Kathy Ivan 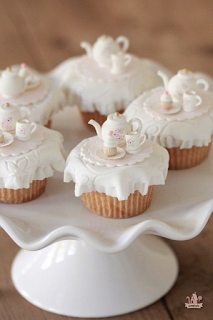 As we all get ready to celebrate the holiday season, and I had a post due, I decided to take a look at the changes I've made in 2015 and the impact they've had on me personally and my writing. I thought with the New Year just around the corner, I'd share these with you.  (As you can see, I brought snacks.)

1. Quitting the day job.
One year ago, I made the decision to leave my full-time job and write books for a living. You have no idea how big a decision this was, because at the time I only had four books published (two full length and two novellas). They definitely weren't bringing in enough to cover the loss of salary by any stretch of the imagination. But, I'll be honest—the stress from the day job was slowly killing me. Between the diabetes and high blood pressure and major stressors, my life wasn't pretty. Since then, I've written more and loved every minute of it. While there are always stressors in life, it's so much less now. In 2015 I released three books in the New Orleans Connection Series and six books in the Lovin' Las Vegas series, and one book in a boxed set, Mischief Under the Mistletoe. (There's a new Vegas book coming out in January—it would have been December, but didn't quite make it before the holiday shutdown at the vendors.) 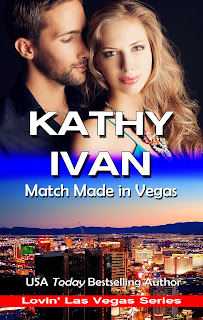 2. Starting a new series and a new genre. In 2015, I branched out into a new series, the Lovin' Las Vegas series, which are contemporary romances/romantic comedy. It's been fun because I never knew that I could add comedic elements to my stories and people would actually like them and find them funny. But they do!

3. Making the USA TODAY Bestsellers list. This was one of my goals, high up on my bucket list, and I knew that I'd make it one day. Luckily, this happened in November, with the release of Mischief Under The Mistletoe. My story, Yours For The Holidays was part of this box set and we reached #67 on the USA TODAY list. It was a surreal moment, and I'm loving every minute of it. And being able to add that moniker to my author bio—thrilling!  (And if you look at the cover above, you'll see it right there -- front and center!) 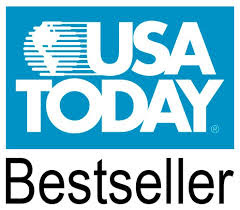 4. Making new friends, both personally and professionally. This year I've tried to reach out and be more social. Working the day job as a medical transcriptionist, I was pretty much housebound in front of my computer for 8-10 hours a day staring at a computer screen with headphones attached to my head. And then I had to write. When was a gal supposed to socialize? But I've made more of an effort this year and I can say it's been great. And I plan on being more outgoing (which for those of you who know me is hard because I am an extreme introvert—the kind who doesn't talk much until I get to know you well). I'm getting better about that. Watch out 2016!

What about you? What were some of the things that had the biggest impact on your life in 2015, either personally or professionally? Post them in the comments, so we can all celebrate where we've been and where we're headed in the New Year.

Introvert? You're kidding ! Love all the great successes. Quitting the day job is always fun - Here's to an even better 2016 for everyone !

Chris, I am an introvert--I swear! You've just known me for so long, you forget how I am around people I don't know. LOL

I agree, here's to a great 2016 for everyone! Keeping my fingers crossed that it's a banner year for us all!

Hey Vicki! It's definitely been a banner year for me. Here's hoping that we all have a fabulous 2016. The best is yet to come!

I, for one, will be glad to see 2015 go away. There were some bright spots, like surviving not 1, but 2 heart attacks! My cardiologist said I am the healthiest heart attack patient he has! LOL! Seriously, all my numbers are great and my diabetes is well in control, so that shouldn't have been a factor. Stress was the the biggest factor here.
Princess Alisha encouraged me to enter a writing contest in May. The deadline was June 3rd. I took a manuscript that I had just written a few paragraphs in and turned it into a short story. On May 30th, I had my first heart attack...I was released from the hospital on June 2nd and hurriedly did final edits, uploading it just in time for the deadline! Unfortunately, voting also ended that day (it wasn't stated when the voting ended), so I didn't get many votes. However, I got lots of people on Facebook messaging me, saying they really liked it, so on June 17th I self published my short story titled Mystic Shores. I haven't sold many, but I also have not done any marketing. I am working on a sequel, which has been requested by many who read it!
Merry Christmas, Happy Holidays and Happy New Year!

He Cathy! I really have been watching your progress, through the heart attacks and diabetes and all the other stressful things that you've gone through this year and I'm amazed at your strength and resilience. You've persevered when a lot of other people would have given up. And congratulations on starting your writing career. It starts with getting those first words on the page and letting somebody else read them. It took a lot of guts to self-publish that first book, I'm sure. Keep writing and get the next one done too.

Wishing you a very Merry Christmas and Happy New Year!

Hi Kathy,
I'm late on here, but am so happy for your writing success this year. You've been an inspiration for me and I'm hoping (fingers crossed) to be able to do the same next year. Am REALLY hoping next year is better than 2015 for me. 2015 sucked. :( At least in my life! Glad to see it rocked big time for you!

Here's to many more stories from you and another round on the bestseller list!!!