Aliens and Witches, Oh My! 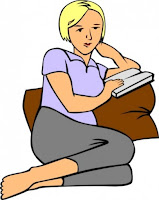 With over thirty books under my belt, I struggle to find plots that are new and different. There are only twenty plots in the world and I’ve probably written every one of them. As an author you have to start looking outside the box for ways to keep the writing fresh and interesting to not only your readers, but yourself.

A close friend of mine, who writes science fiction and is very successful, was asked by Amazon to invite other authors to write in her world. I don’t have a science fiction following, but she asked me if I would be interested and I jumped at the opportunity. I’ve always wanted to write about funny witches and then I threw in an alien. Yes, this western historical/contemporary author was stepping out of her well worn box and writing about stuff she has very little knowledge of. Spacethat final frontier.

What came out is a book that I absolutely love. I agreed to write this short novella in January and then in February, my life sort of apart. My loving, funny, 84 year old father became ill and I spent a lot of time with him and my mother until he eventually passed away.

This book, which is supposed to be humorous was written in the hospital, while I sat with my father. If it had been typed on paper, there would have been places stained by tear drops. In the end, it’s become one of my favorite stories simply because I know the emotional place I was at while writing this story. And yes, it did come out funny - not sad. But the story also reflects the importance of family, no matter what planet you’re from.

I finished the book on Friday, and four days later, my father passed away. This will always be his book.

Blurb:
She needs a mate. He needs a miracle. The Fates think they need each other.

Time is running out.  Bad-Date Daisy must mate with her one true loveor she could die.  Sure, she dreams of falling in love, getting married, and having children.  But for Daisy, there's an expiration date on her fertility--and who wants to mate with the witch who turns men into , sending them on their way?

But Daisy's spells don't work on Orion Krazolz, who came to earth searching for a witch powerful enough to save his kingdom--and his family. After one encounter with Daisy,  Orion's got other plans.  Now, it's up to Orion to convince Daisy to follow him back to his planet--the same planet that destroyed all other witches years ago.  Will Daisy risk her life to find a future with her one true love or were the Fates wrong all along about Daisy and Orion?

Available only on Amazon
Posted by Sylvia at 1:00 AM

Sounds interesting! The first book I wrote (never finished!) was outside my comfort zone. Sci-fi. A genre that I don't read much of...best of luck to you!

Hi Sylvia! I've got this one, just haven't had a chance to read it. Been working hard at finishing up this book that's way past deadline. But congratulations on the new release. Sometimes it's a lot of fun to stretch yourself and try writing something that's outside your comfort zone. You can be surprised at how refreshing it is. Good luck with sales!

Hi Cathy,
I didn't know you were a writer? Forgive me because frankly I don't remember much these days. Sci-Fi has never been something I read, but I do enjoy S.E. Smith's books and that's where I've gotten into Sci-fi.

Hi Kathy,
I needed to write something different. I was a little tired and bored with Cowboys. When the writer gets bored, you know it's not good. I actually loved writing this book. It was #1 in Sci/Fiction Kindle Worlds for several weeks, but then Geri knocked me out of first place. :)

Congratulations on your book!!! I didn't even know about the paranormal one. I think you're keeping secrets from me. ox

Never Vicki!! It was just a crazy time.