Greetings and salutations, people of Princesslandia!
I have a small treat for you this morning—an excerpt from my newly released novella in the anthology Scandal’s Daughters, which released last Thursday, Oct. 6th. 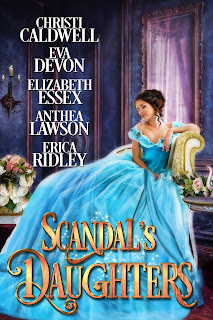 Scandal’s Daughters is a compilation of five stories that all start with a scandal: Christi Caldwell’s “Only for Her Honor,” Eva Devon’s “Sleepless in a Scandal,” Anthea Lawson’s “A Lady’s Choice,” Erica Ridley’s “Lord of Chance,” and my own contribution, “A Fine Madness.”

“If adventures will not befall a young lady in her own village,
she must seek them abroad.” Jane Austen

The entirely of Miss Elspeth Otis’s inheritance from her wastrel father is a battered old trunk with some scrawled-upon foolscap sheets. Nothing that could free her from a stifling life with her fusty maiden aunties in a musty old cottage in a misty corner of Scotland. Nothing that will give her the life she’s always dreamed of—a life full of kindness and kisses and love. Or will it?

Mr. Hamish Cathcart wants more than anything to avoid the hasty marriage to a brewer’s daughter his father, the earl, has arranged to revive his fortunes. Hamish’s only hope is his failing publishing company, whose only asset is a scandalously banned book by an infamous, but unfortunately deceased, author. But when a new novel written by the same man lands on Hamish’s doorstep, he’ll go to any length to secure it—any length but love. 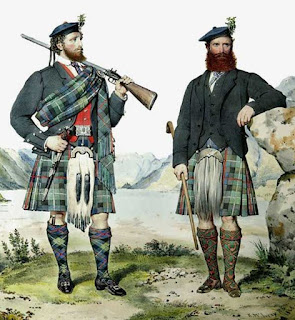 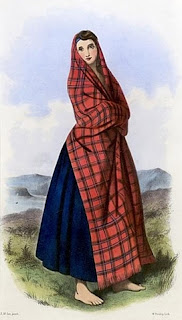 Here’s an excerpt to get you started:

Have you ever left you home to seek adventure abroad? Let me know in the comments, and one lucky commentator will be chosen at random to win an e-copy of Scandal’s Daughters.

Thanks, Dee! It was a wonderfully stellar group of writers, wasn't it. I felt both privileged and giddy to get to work with them. :)

Not abroad, but adventure seemed to find me anyway.

Now, Mary, that's a very leading comment—ow we must know WHAT adventures found you?!? Thanks so much for stopping by to visit today! :)

I did not go abroad but when I was a teenager my parents sent me to Los Angeles for a year of school with a cousin. It was quite fun since it was the 60's

Best of luck with the new release!

Charlene, I think that definitely qualifies, because I think Jane Austen just mean "away from home" and not just 'overseas' when she said 'abroad.'
And WOW, Los Angeles in the 1960's would have been so very interesting! Thanks for sharing!
Cheers, EE