Happy Birthday America!  It's almost the fourth and this month I wanted to do something a little different.  I want to hear from you what you love about living in America.  We say we're the greatest country in the world, but I want to know what makes you appreciate living here. 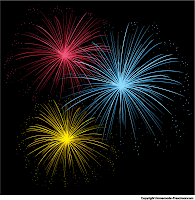 Here's mine:  Last year my husband and I were in New York on Fourth of July. We had tickets to watch the fabulous fireworks on the Hudson river from a boat. I was so excited. The first day in New York I sprained my ankle and limped the entire trip. When July 4th came, we were getting itchy to get home. That afternoon we lined up to get on a boat and stood for over an hour in the hot boiling sun.  By the time we boarded, I felt faint.  But we found a place right along the railing of the boat, and I just knew we were going to see some fabulous fireworks. The only problem was that security would not let anyone set-up chairs. They wanted everyone to stand until you arrived back in port, three hours from now.

Don left to get us some bottled water. While standing there alone, I heard shouting behind me. I turned around to see a fight between security and the crowd over the chairs. A woman started screaming "Mutiny! Mutiny! Grab the chairs!"  And everyone started taking chairs and shoving one another get a spot. Oh my God! And my sweet man was downstairs, while I watched these people act like lunatics.

A nice older gentleman took pity on me and brought me two chairs. When Don returned I started to feel comfortable once again. Maybe things were going to be okay. We sat on this boat for two and half hours facing the direction the fireworks would go off talking to the people around us.  Just as it became dark, the captain turned the boat so that we were facing away from the fireworks.
By this time the crowd was filled with alcohol, hot and tired of waiting. People started chanting, "Turn the boat! Turn the boat! Turn the boat!"  And the captain locked himself in the control room never to be seen again during this trip.

When the fireworks started, these inebriated people jumped up on their chairs to see the fireworks since we couldn't see them in the back. I kept waiting for one of them to land in the Hudson River, but thank goodness no one did.

Me, I watched the fireworks between a pair of plaid shorts and navy capri's. I caught glimpses of the fireworks when their butts swayed with the rocking motion of the ship. Now why do I think of this as a positive story? Where else in the world would you get to watch a bunch of crazy tourists act so nutty about fireworks? Where else in the world would people have the freedom to express their thoughts, even the crazy lady shouting mutiny?
We were so disappointed that night, and wished we'd just lined the banks of the river with the other hundred thousand people. But now I look back and laugh and think someday that crazy woman shouting mutiny, is going to appear in a novel.

So what's your favorite 4th of July memory or the reason you love living in America?  No politics, please, just positive expressions of love for our country. 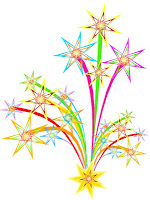 What a crazy story! My most memorable 4th of July was back in 1996, when my first daugther was only 2 months old. I went on vacation with my parents to Natchitoches, Louisiana and watched the fireworks over the Cane River. The movie Steel Magnolias was filmed in that town so it was like visiting the movie set. Such a beautiful, quaint little town and they have some really great Cajun food! But the best thing is their fried pies! Yum! Make sure you get some if you ever go. Happy 4th! God Bless America!

Hi Alisha,
I've always wanted to go to Natchitoches and I loved that movie Steel Magnolias. I will have to try the fried pies when I go.

What a funny story, Sylvia! That must have been on the tail-end of the Nationals trip. :) I don't think I have a story that will top that one.

What I love about living in America? You get to see wackos at your local Walmart any time of day. hehe