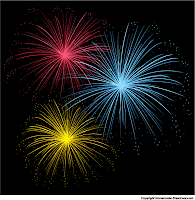 I know that everyone is thinking about Resolutions and what they're going to change in 2013. I'm sure most of us are starting a new diet, trying to get healthier, saving money or just trying to be nicer in the new year.
But how did you do on last years resolutions? Did you meet your goals? I had a hit and miss kind of year.  I lost ten pounds and then I gained every bit of it back. Yes, it's once again sitting around my mid-section jiggling for all the world to see. So once again that's on the 2013 list.

Yes, I saved some money last year, so I hit that one. But then Christmas came and I spent more than I should have this year.  The credit card company is smiling upon me once again, saying it's so good to see you again at 9% interest. Welcome back. But hey, I was just doing my part to help the economy. At 1% savings rate, I think the money I saved will be paid to the credit card company. So that resolution is toast.
I have been eating healthier and I've been taking vitamins on a regular basis. I exercise five days a week and I'm taking a Yoga class once a week. So I get an A+ for that resolution. Now if it would just get rid of the weight. 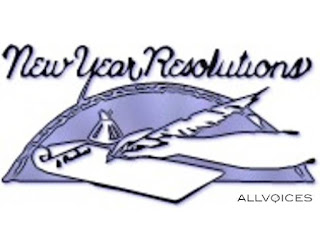 I'm trying to be nicer and think of others before myself. I think I've done pretty good at this one in the past year, except for one member of my family that I managed to piss off during the election.  But when you sound like a raving political lunatic on Facebook and I call you out on it, that's what happens. He unfriended me before I could unfriend him to stop hearing that ugly nonsense. I don't feel too bad about that one. And then there is another family member who I've done better with, but we'll never be close.  Maybe the key is stay away from family.
My biggest success for the year, was self-publishing eight books.  I'm slow to change and came late into the world of ebooks. I didn't want to self-publish. Previously, my books had been published by a New York Publishing firm and I wanted print copies on shelves in bookstores once again. But then I started putting out my backlist and some new titles and well, I'm very proud of my books. 2012 will be remembered as the year that I successfully published eight ebooks.  It's been a great year and I feel blessed and thankful for the sales.
So what are some of the good things that you accomplished in 2012? Or tell me something that you feel thankful and blessed that happened to you in 2012?
I wish you all a bountiful 2013 filled with love and peace and prosperity. And whatever your resolutions, may 2013 be the best year of your life.

Look for my newest release, The Cuvier Widows -- Three Wives One Dead Husband! 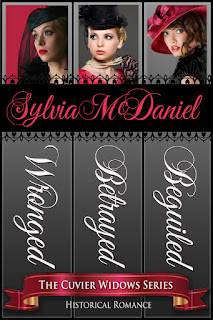 First, congratulations on the new books!!! Second, you didn't do so badly on the resolutions. I, too, want to lose a few. Be nicer. Spend less. Maybe these are universal issues. ox

Wow! Self-publishing eight books in a year, that's great! I haven't made any real resolutions for the past few years and I found an old book that I kept just for resolutions. When I wrote them down, I eventually met them, so I'm pulling it out to set some goals this year, but also want to keep a very relaxed attitude about everything in life.

Great post - good luck on re-meeting your 2012 goals and getting the new ones down and met too!

Vicki,
I think they are universal resolutions.

Hi Melinda,
The books were my backlist with two new ones, so it wasn't like I wrote them all in one year. I'm such a slow writer.

Years ago I would write down a list of my goals for the year and it helped me to make them. I think it's a great idea. Thanks for coming by.

Resolutions... ARGH! Mine is to get my life in balance.

I'm with Vicki, you didn't do badly at all. And I often use you as a model on how to function in a balanced way. I can't believe how much you got done in one year AND you served on the board. Girl, you give yourself a pat on the back.

I've been so amazed at how you systematically got your backlist together and took care of business - getting them back out there where they belong.

Fine novels all. And I found the tales of The Cuvier Widows quite interesting.

You did brilliantly on your resolutions. I never write mine down, and they are usually vague—like get in shape before ski season—or imposed from the outside—turn the book in by the deadline.

That you have managed to accomplish so much in a single year on your own deadlines seems nearly miraculous to me.

How do you set, and keep your own schedule for writing new material while simultaneously releasing your backlist? Please share!

Hope I can be half as productive as you in the coming year!

Liz!
Ha! I'm the slowest writer. Last year I managed to revise and edit one manuscript that was all, while I promoted the backlist and edited the scanned pages(very ugly)for seven books. I write my resolutions down and check them about once a quarter. This year my aim is to edit at least one book from start to finish, one fast draft and one holiday novella. Yeah, I'm crazy and still very slow. If I meet my goals it will be a miracle.

Hi Kat,
My wonderful formatter, cover person who makes me look like a NYT best-seller. Who has saved my butt on the Cuvier Widows. I don't know why Spellcheck hates me. The Cuvier Widows I wanted them to be fun...but that series turned very dark. But I guess when you find out your husband is dead and there are two other wives beside you, it can get ugly. I wanted it to be fun and I couldn't find the humor in the situation.

Kat,
Thanks for using me as a model, that's sweet.

Hi Sylvia! I'm amazed that you were able to do all that, uploading your backlist, writing new material, and don't forget you were still working the day job too!

For me 2012 was probably one of the worst years on record. We won't go into that at all, much too depressing to send all that negativity out into the world. Instead I'm focusing on the positives. I did get my novella, Second Chances, published before the end of the year!

And I totally agree with you on Kat's work. She is amazing and her covers are truly sensational. She ranks up there with anything I've seen coming out of the big publishing houses.

Lots of great goals Sylvia! I used to set some resolutions, but I found that I never kept them, so I stopped after a while. I do try to eat healthy, do try do at least some exercise...but that sometimes goes down the drain.

I hope 2013 brings lots more publishing for you and we look forward to reading it ;)

I am almost done with the first in the Cuvier Widows series, really enjoying it!

Yep, Sylvia, I'd say you did good girl!

I've not made resolutions in probably over 10 years. They never came true, so I learned not plan on anything that would be another test of life. Life already does that enough to me.

2012 was a different kind of year for me. It started great and it saw Frank and I traveling to far off places. Then it ended with ill health for both of us, but we are on the rebound/

I expect 2013 to turn out wonderful and see some of my own dreams coming true.

Thanks Eva!! I'm so glad you stopped by. Resolutions are definatly hard to keep.

Phyllis,
2012 was a bumpy year for you. But you are here. Life is good again and I'm hoping this will be a big year for you.