Vicki Batman on: Indy has it right-I Hate Snakes

Indy has it right-I hate snakes

On my way home from the craft store, I drove past the apartment complex I lived in with my BFF when we were free and single gals. The complex has been torn down and a huger new one is going up. Seeing the spot brought back a memory.


Once upon a time, we used to have a big parties and invite everyone we knew. Sometimes, the only place to stand was on the fireplace hearth. One year, her co-worker's boyfriend showed with a boa constrictor dangling over his shoulders.


The reptile was not invited.


I suggested he stay out by the pool with his "buddy" for the party. He did.


But that got me to thinking about other close encounters of the slinky kind. 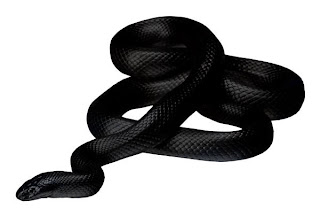 As a kid: while picking blackberries at my aunt's farm, we were warned to "watch out for cottonmouths."
As a kid: while swimming in a lake to "watch out for water moccasins."
As a teenager: while working at an amusement park, the foreman of a ride bashed a water moccasin at my feet.
As a mom: watching my son and friend leap over one in the middle of the road I had just used.


I think snakes are creepy and do know they do good as well as have defense mechanisms. I just don't want to be around when they feel compelled to do so.


How about you? Hate snakes?

Vicki Batman prefers cats and dogs over snakes. She's working on holiday stories now while imbibing in a diet Coke or two. Find her at the PP and at: vickibatman.blogspot.com/ @VickiBatman and on FB as sassy writer of sexy and funny fiction.
Posted by Vicki Batman, sassy writer at 2:00 AM

Snakes give me the shivers. Worse than snakes, in my book, are spiders. At the mere mention of one I freeze from panic. For someone living in Florida I have a horror of everything that slithers and creepy crawls.

Hi, Rayne! I have spiders too, but they don't cause the anxiety snakes do. Last year, I finally found out I am allergic to bees. They're harder to avoid than snakes. Thanks for posting.

Well, I used to own a King snake back in the 80's named Thurston. I had to feed him dead baby mice.
I couldn't do that today. It would totally gross me out. I look back and think, "ewwww".
I am THE spider killer in this house because my daughter is horrified of them.
Patti

Hi, Patti! Gulp-you owned a snake? Oh my. It's not the touching them, I've done that. It's the biting stuff. And no, not the mice either. Thurston-how on earth did you get that name. *giggles*

Snakes are my issue. I can handle spiders because they eat so many bugs, but snakes are just too icky!

Hi, Melissa! Maybe spiders are easier because they are mostly smaller? LOL Thanks for posting.

HATE HATE HATE SNAKES!! I lived in west Texas and rattlesnakes were common. My mother left me out in the yard with one when I was about five. Then she had to run out and get me. I'll never forget that snake. The only good snake is a dead snake. I never want to be around one. Not even at the zoo.
Sylvia

Okay, I know I'm really late with this.

I hold my dislike for snakes up there in the same category of spiders.

However, I have held and handled snakes. BUT, these were 'pets' and they were used to being handled, therefore, they weren't a threat.

I can't stand a spider even coming near me. I freak. it's a dead spider.