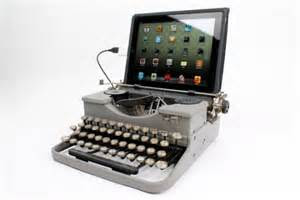 I started with the Nuance Software Company back in 2007 when I purchased version 3. It wasn’t at all great back then, let’s face it, it sucked because it sparsely recognized my words and trying to teach it words took longer than me typing them. And that is saying a , since I'm a very slow typist. Like on a good day, when my brain and fingers are in total sync, I type 40 to 45 words a minute!  Version 3 was slower.

Still, I loved the idea they were trying to make work, so I tried it again with version 7 a few years later. There was some improvement, but just not enough. But my typing speed picked up a little. Again, better than Version 7

Alas, I kept trying. They came out with version 10 and BINGO, it works. It really works! Okay, I’m doing this now. I’m writing with Dragon and it’s so cool.

Then Nuance puts out Version 11 which is suppose to 90 something percent better. Well, I gotta try this, So I purchase Version 11 and promptly received an additional .5 downloaded upgrade.  I now have 11.5 and I love it!

﻿
They came out with a version 12, but 11.5 is doing the job for me. It types faster, it recognizes most everything I say until I throw a weird word in there, but once I train it, the word is golden. This software is golden.  I am a happy camper.

I highly recommend Version 11 and up. No, I don’t work for Nuance, nor do I get a kick back. They just kept at it until they got it ‘write’...Ha, ha.

I chose to go the dictation style writing…again, my fingers can’t go as fast as my thoughts. Plus, I’ve been writing long hand since I was 13 years old. I can write pretty darn fast, not that you can read it, but it is down. Then I simply read into the microphone and presto! My story is in the computer.  I know that Princess Liz Lipperman writes her novels in the same fashion.

So this obviously leads to questions of the day. What software have you tried? What do you like? What is working best for you? Are you old fashion or new techy?

Great post, Phyllis! I have to admit i do it the old fashioned way -- fingers on the keyboard. No special tools or fancy programs. Just Word and an open brain. LOL

I have used Dragon, though and I have to say it does work very well, much better than it used to. I just honestly never thing to open up that program and dictate. I'm so used to typing out my thoughts and ideas and dialog that it just feels more natural for me.

But even an old dog like me can learn new tricks and I'm game to try it again, who knows, maybe a whole new way of writing could be born of me opening my big mouth and talking. LOL

Hi, Phyllis! I'm one of the plain ol' computer gals. Although I'm taking a class now which talks about Scrivener. Good post!

I am also a hands on the keyboard sort of gal. Although I did peck out my first book on an old Selectric typewriter. I do at times use the Pro Writing Aid site after I've polished my novel though. It's quite helpful.

Thanks Kathy and Vicki!

Even when you do have the latest and greatest, when inspiration hits, the tried and true still comes out and takes over. Some habits are hard to break.

Thank you for stopping by!

I'm very interested in this type of software, but I feel I'd have to teach myself to use it, so I stick to the keyboard! Interesting insights. Maybe I should look into it....

The newer versions work very well. Yes, the hardest part is teaching yourself to be comfortable with it.

I love the information. I've thought about Dragon and other speak to type programs. I'm a typist...I learned in high school back when all girls were required to take it and I've really enjoyed that part, but now I may have to get in the 21st century!

I wrote my first book (the one that's under the bed) in longhand on blue-book-examination-type notebooks, the only paper I could find in Nigeria, then transferred to computer when my husband brought his home from work at night.

Word processing programs were a great gift to someone like me who can type pretty fast but not very accurately, sooo nice just to backspace and retype without whiteout, etc. I prefer typing to dictating, but as my arthritis gets worse, I may have to try Dragon.

As of yesterday, I've become very interested in Scrivener, which sounds like it would do not only the word processing, but also accommodate my color coded spreadsheets. Please keep me posted, Vicki. Technology is so amazing!

I have Dragon 12 and it's rockin' cool.It did take some getting used to because my fingers type way faster than my mouth runs (I know you're shocked!) and learning to speak punctuation was strange but the more I use it, the better it gets. I've also found it's awesome at first person because it feels more natural. I've tried a variety of programs but find I'm more of a hybrid. I'll write my initial ideas on paper then transfer to stickies and storyboards then kick it into gear on computer.
I did just buy a tablet with great office capabilities that includes "writing" on electronic paper and it rocks. Love, love, love it.
I'm interested in Scrivener but I think it might be too story complicated.Still checking into it!

I have Dragon and I've never used it. I need to get it out of the box and try.
Sylvia

I'm afraid Dragon is too fast for me. I sometimes don't know what I want to say until I've said it. I've tried half a dozen other writing software programs. All of them are so tedious they don't help me much. So every time I try one and decide it's too tedious, I always go back to my old faithful Excel spreadsheet. :-/ You know what they say about old dogs.

Becasue of the cost, if you're not sure, resersach and check out everything. I know the QVC also carries ( carried ) a home version with microphones that was reasonable. And Amazon has good deals now and then.

Food for thought. Thanks for stopping by!

Thanks Linda for stopping by. I got Dragon mainly because I am so dang slow. It does take getting use to at first, but works very well.

Shame on you Sylvia! Pull it out, try it out make it fun! What version do you have?

Jennifer - don't you just love it!

Yes, adding punctuation as you talk is strange, but as you know, you get used to it.

I know one of the princesses who mentioned she just talked and adds the punctuation later.

What is nice about Dragon is the curse waits for you. It doesn't rush you. And you can even turn the micro off, while you're thinking, or get a phone call, etc.

I hear you on trying different things.You saw the list I had....

I'm in the same boat as Sylvia: I have Dragon but still in the box. :) ::ducking:: To save face, allow me to mention that I do use Scrivener, but mostly at a rudimentary level for now.

What version of Dragon do you have?
I've not tried Scrivener. What is your opinion?

I have version 11 of Dragon. I know because I read it off the box. :) It's right here, just as it was when I got it. :) As for Scrivener, I do see the possibilities but I'm still a bit intimidated by it. I tend to use it to outline and organize. For example, I broke my entire sprawling first draft into separate scenes. I'm also organizing the non-fiction books in Scrivener, the books I'm cheating on my fiction with. ;)

This is terrific, Phyllis. One question. While your fingers may not go as fast as your brain, sometimes my mouth doesn't go as fast as my brain. ;) I shudder to think of what comes out on the text. Does it say, unclear, or unable to transcribe. :) very pleased that you like the new upgrades. Sometimes it's a huge learning curve.

that is what I like about Dragon, once it has "learned" your voice and how you say things, if it doesn't understand a word it may type what it thinks it heard. Perhaps the cursor will just not move. I don't remember it ever 'talking' to me. When I 'create' a new word or unusual character, name I have to train it. Once that is done, It goes right along as I speak.

I've been seeing Scrivener pop up every where, it seems. I may have to make another investment...lol

Hi Phyllis!
Great blog!
I liked the old typewriter pictures. I actually used to type on an old fashioned black typewriter with manual keys that my parents didn't want anymore.

I'm low tech which might surprise people. It's not that i don't know my way around a computer. I just love putting pencil to paper. I write on a yellow pad and then type it in.

but after reading this I think I might fire up Dragon Speak and read it in.
THANKS!!!

Thanks for the new perspective, Phyllis!

At the moment I use only Pages for my Mac, but I do utilize my iPhone a lot, especially when I'm driving, and I get an idea, and one of the spigs isn't there to write it down for me. I just use the audio recording app, and talk out my ideas, and then transcribe them later. But I have re-plotted and fixed major stories this way (A Breath of Scandal). Driving and talking works, but I have to do all the transcribing myself. But that's OK, too, because sometimes it makes me think of new ideas. :)

You never know,until you try. YOu might like it! Thanks Sweetie, for stopping by and saying hi!

So glad you could stop by and wave at me!

I know nothing about the Mac, but I know Dragon has software for it...hint, hint...lol

I also get some of my writing ideas or scenes worked out while driving. And I have the Dragon on my iphone too and use it.

I just starting working with Scrivener but it's a hard slog. Very complicated.