Christina Tetreault: Where do Ideas Come From?

Where do I get the ideas for my stories?

Now there's a question with no single answer. 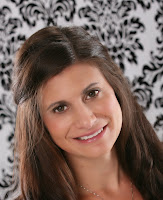 Ideas for my stories come from any number of places.  Sometimes, I draw from places and events in my own life.  In fact, I made the Sherbrookes, the wealthy family featured in my series, from Newport because I got married in one of the grand mansions down there and always wondered about the people who originally built them.
Another example of when I pulled from my own life can be seen in book 3, The Billionaire Princess. When I started that book, I had just returned from a trip to Virginia Beach with my husband. Then I decided that I wanted Sara and Christopher to go on a camping trip, and since Virginia Beach was so fresh in my mind it made sense to send them there.


Other times, I get ideas from pictures.  While writing book 4, The Billionaire's Best Friend, I found a picture of a male fitness model that fit the way I pictured the hero, Nate Callahan.  Since the model had a tattoo, I just had to give Nate one too.


Sometimes, ideas just pop into my head.  On more than one occasion, I have been stuck on a scene, and then a solution will just come to me as I wash my hair or cook dinner. 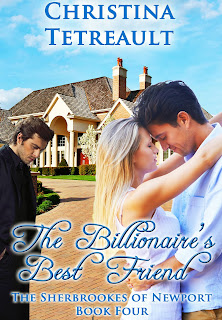 Blurb: When Lauren meets wealthy CEO Kevin Walsh, she believes he could be the man to make her life whole again.  That is until the night Nathaniel Callahan, her high school sweetheart and the one man she has always loved, shows up.
Excerpt:
With his hand still wrapped around her wrist, she took a step away from him. "Soon you'll go back to wherever the military wants you. We may never see each other again. The past doesn't matter."
"Like I told you the other night, Lauren. I am not leaving." He focused on removing the anger from his voice.
A cynical smile formed on her face. "You left the marines? Yeah, right. They mean more to you then I ever did." The anger he'd heard before diminished, but sadness took its place.
Nate reached out his free hand and touched her cheek. "That's not true, and I'm no longer on active duty." The warmth from her skin managed to penetrate through the calluses on his hands. "I'm in the reserves now. Last month I graduated from the FBI Academy in Quantico."
Lauren's eyes flew open. "You're an FBI Agent? Seriously!" Her voice hit the next octave.
Surprise and shock trumped anger any day of the week. "Yeah, in the Boston field office."
"Wow, that's..." The awe in her voice trailed off. "That doesn't change anything." She took a step back, and his hand fell away.
With the increased distance between them, again the sunshine he'd felt bathed in a moment ago disappeared. "I don't believe that." In two steps he closed the distance between them. Before she could move again he made his move. He let his lips brush against hers.
Home. The word lit up in his head. Regardless of the years gone by, he belonged right here with this woman. He always had.
http://amzn.to/15Nr0qu (AZ)
http://bit.ly/1dBP4i2 (BN)
http://bit.ly/16SbQjP (KOBO)
http://bit.ly/14xrBMh (Smashwords)
http://bit.ly/18mMwCZ ITunes
Thank you, Christina, for being with us today on the PP!
Posted by Vicki Batman, sassy writer at 6:30 AM

Thank you for letting me spend time with you today.

Hi Christina! Don't you find that sometimes ideas come from the strangest places? I was driving down the road the other day and saw a truck with a really unique name on the side and got a new idea for a series. This is what makes this job so much fun. Thanks for being here today.

Hi Christina. Getting ideas has never been a problem for me. Making them stop so I can concentrate on the other hand...Ha.

Great excerpt and thanks for joining the Plotting Princesses today.

I had to laugh - I keep threatening to go on vacation to get more ideas- now you've that you've confirmed it I only have to convince the IRS it's a true tax deduction!

Love the cover too! -

Hi Christina and Welcome to Plotting Princesses. The Tiara looks good on you!

I agree the ideas come to me in weird ways. Sometimes just a word triggers a story ideas.

Sometimes I get SOOO many ideas, that trying to keep up with writing the notes of the things floating in my head!

Best of luck on all your books.

Welcome to the Princesses, Christina. I'm a big fan too of washing hair or cooking dinner to dissolve writer's block. My best ideas come to me when I'm thinking about something else.

Hi Christina and welcome to the Plotting Princesses

I'm usually never without a shortage of ideas, it's just finding the time to write about them all that seems to be in short supply.

Getting the creative part of my mind to shut off, that's a trick in itself. So many things can trigger a story; an overheard conversation, a dream, a news story, inspiration can come from anywhere. It's what you do with it that counts!