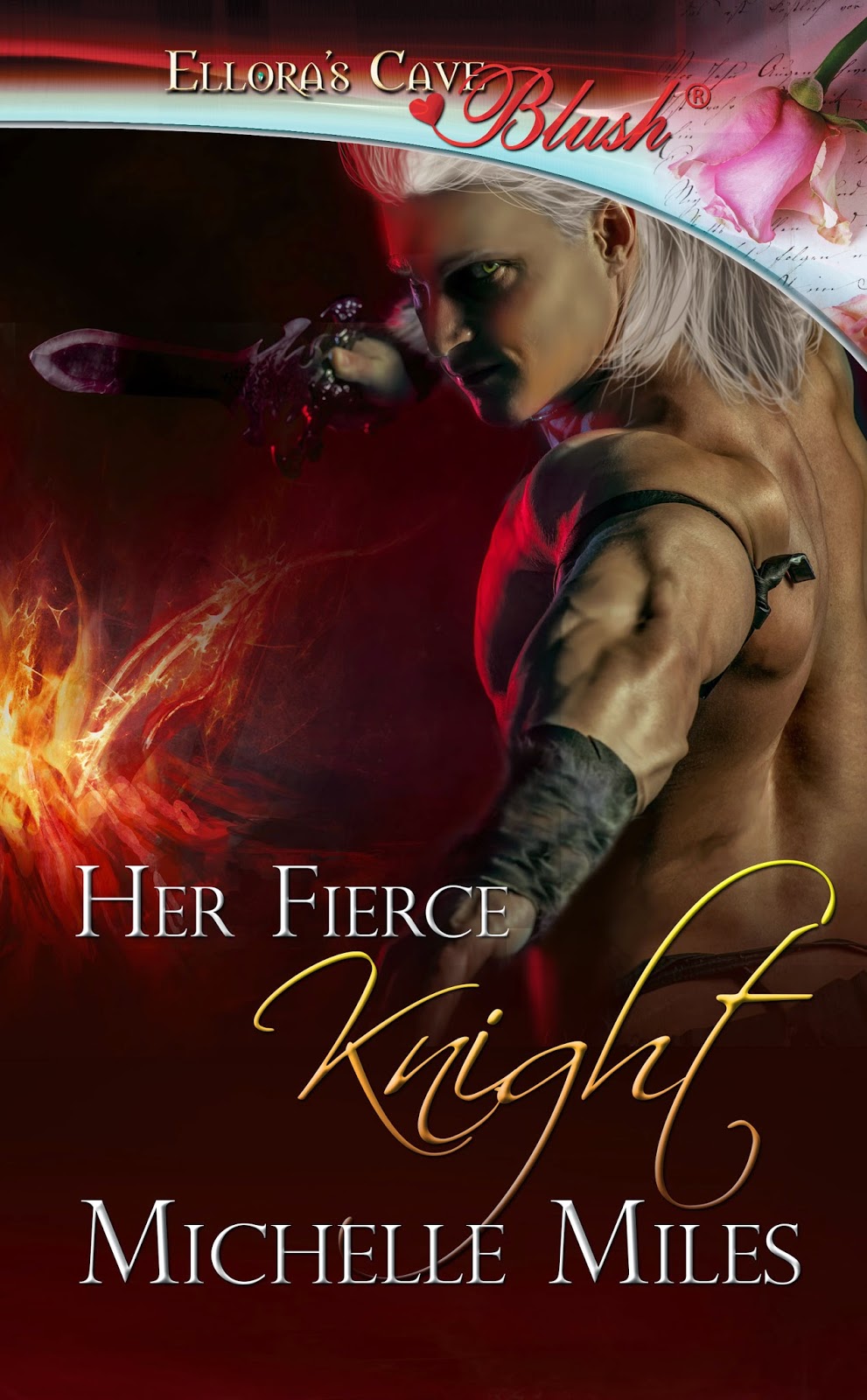 And oh, gods, what a kiss that was. His searing mouth did not take his time as he had before. He took what he wanted, his mouth pillaging her. His tongue dueling with hers. She noticed then that he did not taste like wild berries and honeywine. He tasted like whiskey. Strong, sharp, tangy. Much like the taste in the back of her throat. They had shared the drink and now shared the kiss of passion.

Laerwen pulled him to her, all the sharp angles of his body thrusting against her. She was aware of his hips bones and his hard shaft as he rocked his hips against her. And her body responded in like as a moan bubbled up her throat.

Gods, what were they doing? This was insane and she had to stop.
Posted by Michelle Miles at 7:05 AM

Michelle,
Can't wait for this book to release. It's really good. Hope you sell many copies and gain lots of new readers.

Oh Michelle! how wonderful. So very proud of you.

Sylvia, thank you! I think this is the one you read but I can't remember. :)

Vicki - THANK YOU my stalker buddy. :)

Late chiming in, but I love it! I remember reading some of this so I'm looking forward to it coming out!!!