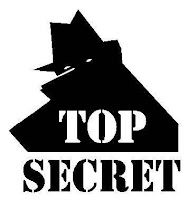 I love anything to do with spies in movies and books.  I honestly think I fell in love with that type of stuff when I first read Helen MacInnes umpteen years ago.

Or, it could be because my five times great-grandfather was a spy in the Civil War.  My aunt and cousins have done extensive research into our undercover relative. The most astonishing fact is that while he is from my mother’s side of the family, his name and my dad’s are actually the same.  I’ve searched the internet and books about the Civil War for mention of him…but as any good spy would tell you, there are not a lot of stories about him.  Rumor has it he was a very short man, and once when he was in the North on a mission, he had to hide under a lady’s hoop skirts so the Yankees wouldn’t catch him.

Oh, the things I could do in a book based on his escapades! And one of these days, I’ll write it.

The spy game is not just for men. Several years ago, we visited the International Spy Museum in Washington, DC.  If you’ve not had the chance to visit, I highly suggest it.  That’s where I found out that Julia Child actually worked for the OSS during the war.  While she herself was not a spy (supposedly), I think it’s amazing that she had the courage to work for that agency.  And many other women throughout history have been spies.  Girl Power!

I know it’s not all romance and high adventure to be a spy, but that’s the way I choose to see it, and why I read those books or see the movies.  That’s why I loved reading Helen MacInness’ books – and from what I read in Espionage’s Most Wanted by Tom E. Mahl, her second novel, Assignment in Brittany (1942), was given to Allied intelligence agents who were sent to work with the French resistance against the Nazis. The Unconquerables, published in 1944, portrays the Polish resistance so accurately that some people thought she was using classified information given to her by her MI6 intelligence husband.

And of course, there’s always James Bond, the most famous spy of all.

How about you? Do you like movies and books about spies?  But more importantly, which James Bond is your favorite? (Sean Connery for me!)
Posted by Allison at 5:00 AM

Hi, Allison! Way cool family tree, girl. I like lots of suspense and mystery books; so spy stuff is up my reading alley. I haven't made it to the Spy Museum yet. I admit, I have a love affair with art museums and go to the National Gallery over many others. As for my favorite James Bond??? I like them all for different reasons. LOLOL

I love espionage and spies! There's something about reading or watching a movie where you're rooting for the good guy to be smarter, faster, and deadlier than the bad guy. And oh the bad guys/gals in spy books are so over-the-top bad. But there's something to be said for the suave, sophisticated spy as well as the down and dirty, behind enemy lines thriller too.

Really cool about your relative. I can't say I have had anything like that in my history.