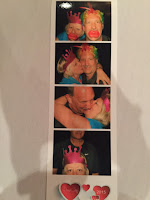 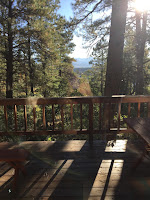 When I was a kid, my grandmother would cry over the least little thing. It would embarrass me and whenever there was a family function, the tears flowed. Especially, if her sisters were there as they could stir up more stuff than a hurricane hitting the coast. Yet, I’ve been known to shed a tear over a commercial, a traumatic event, my loved ones or even anger. And no, I don’t think I’m weak. Personally, I think I’m living in the moment. If it calls for tears, then that doesn’t mean I’m fragile, it means I have empathy or I’m experiencing pain or someone has moved me. It makes me a human being.

Who doesn’t love a book that makes you feel all of your emotions? My favorite stories are usually one where I laughed out loud and shed a tear. MAKE ME FEEL. It’s not a bad thing. Some of us are very uncomfortable with feelings, emotions, but frankly, I think it’s what life is about. We’re involved. We’re the moment.

Love is the greatest emotion on earth.

Sometimes we’re sad, sometimes we’re happy and sometimes we want to escape from our own realities into a world where you know there will be a happy ending. Where characters express their emotions and are not perceived as weak - but rather strong.

How did Millionaire Matchmaker help this woman? She didn’t. The woman went on two dates, found these very nice men lacking and refused to acknowledge, she had a problem. She walked off the show. Unable to be vulnerable, I fear this woman will face a life alone. I actually felt sad for her.

So what do you think? Are emotions a bad thing?  Do you like reality TV? Can’t wait for Survivor…

If you're needing some escapism from your worldcheck out Secrets, Lies and Online Dating

I don't care for reality shows...I watch all the true crime ones, though, LOL!
I am like your grandma...I cry all the time! I am an empath so I feel the emotions of those around me. I have always hated that I am a cryer...it is embarrassing at times! I get choked up watching the grand kids perform or at the award assemblies when they get recognized, when I am happy, sad, angry or overwhelmed. My grand daughter asked me one day why I was crying. It was a very tough time for me emotionally and I didn't want to burden her with adult stuff...so I just said " I love you sooooo much it fills me up and runs down my face!" She laughed and laughed and that kind of became a thing with me and the kids for a while!

Perhaps being vulnerable is not a sign of weakness but showing your vulnerability definitely is that kind of sign!