I have baked for most of my life and especially so throughout my kiddoes younger lives. I even took cake decorating classes and always made sweet confections for family and friends. 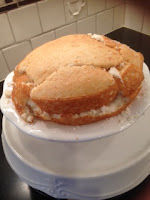 And then there was yesterday. A cake fail.


I really wanted to bake a layer cake for #2’s birthday. So after I removed the finished layers from the oven and let them cool, I did what I always have done--run my spatula around the inside edge, set a plate on top of the pan and flipped it over. Half stuck. I was like OMG. I set a lot of the broken pieces on top, wondering if I could do something with the mess besides cake balls (not my fav). I eyeballed the second layer and repeat and flip and half stuck.


I was feeling jinxed.


I decided Whole Foods was getting a nice visit from VB because I wasn’t going to waste my time with another possible failure.


I dumped the second layer on top of the first. Put the clear glass cake dome on top and pushed the stand in the corner. I also ate the nice chunky pan remnants and they were totally yummy. 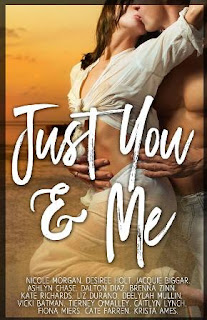 So what does cake fail have to do with my new short story, “Raving Beauty?”


Let’s take a peek at heroine Kelly Stinson who was coerced into representing Yahoo! Ranch Steakhouse in the Sommerville Chamber of Commerce’s pageant. As Kelly struts across the stage, let’s take a read:


Gently, my pal nudged me forward. Hearing the audience’s whoops and claps, I plastered a smile on my face and took a step. The heel of my four-inch stiletto caught in a sizeable indentation in the hardwood floor. With a fast prayer, I managed to correct myself before executing a major swan dive off-stage and strode with the confidence one could summon when thrust into a group of girls ten years younger and twenty pounds lighter.


"Kelly is the owner of Creative Boutique which specializes in goods crafted by Sommerville locals. She loves to read, run, and misses her favorite companion, her kitty, Romper." The announcer bent toward the microphone. "How about a big Texas howdy for Kelly?"


Using the skills I'd honed as an erstwhile fashion model in the golden days of college, I crossed the stage toward the podium, paused with hands on my hips. When the applause had died, I pivoted to move center stage. As my heel caught another divot, grace abandoned me. With a pop-pop-pop, my ankle bowed cockeye, and this time, my worst nightmare came true. I tumbled over the edge of the stage.


Landing flat on my flipside, I blinked vacantly at the acoustical tile ceiling. Somewhere in my stupor, I heard a chorus of gasps, a pounding of feet, and someone hurdling over the rows of chairs, launching to my side. A hand swept along my face and down my arm, pausing intermittently to compress. I fluttered my eyes once. Twice. When able to focus a third time, I stared into the grass-green irises of Ben Stewart.


LOL. I love this excerpt, especially because it brings back my good ol’ days of when I represented my friend’s moped shop in a recreational vehicle pageant. There is good news about that venture—no swan dive offstage.


Preorder Just You and Me boxed set featuring my romantic comedy short story, “Raving Beauty,” at:

True confession time: have you had a baking failure?

Posted by Vicki Batman, sassy writer at 1:30 AM

My banana bread did that to me once. Only the top half came out of the loaf pan. Happens to the best of us, I guess!

Glad Whole Foods was there to rescue the day!

Hi, Liese! I'm sorry about the banana bread. I hope you could eat some of the crumbles. lol

I love this story! My sister thinks the excerpts are fun.

That is funny (not so much for you, sorry) but I bet the fail cake was still delicious! Since I don't bake, I avoid such "disasters", LOL. I agree with your sister, excerpts are fun and I so enjoy them too. (((HUGS)))

Hi, Phyllis! Honestly, I didn't panic. I ate crumbles. LOL I knew I could buy a cake and #2son would be fine because he was more interested in the Blue Bell Birthday Cake ice cream. lolol At least, we had an edible disaster.

I'm so glad you liked the excerpt. It's funny, no one else has said they have had a cake disaster. Hmmm. Except for Liese.