With the Oscars right around the corner, I thought movies would be a great topic! As I glanced around my cluttered office wondering what to write about my gaze landed on the four-inch book standing at attention on my bookshelf-- 1001 Movies You Must See Before You Die.

I’d ordered this book a while back. When it showed up on my doorstep, I tore open the box with glee and began a two-hour-long perusal. The book is Ginormous. It’s hard back with a dust jacket and 960 pages of Moviedom complete with a handy checklist at the front. This is the October 2008 edition, by the way. 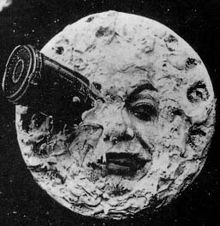 It’s jam-packed with photos, a little synopsis of each movie and opinions by contributions, starting with a silent movie released in 1902: Le Voyage Dans La Lune (aka A Trip To The Moon). I can personally say I’ve never laid eyes on this movie but there are some iconic pictures that are widely recognizable. The Moon with the missile-like spaceship right in its eye, for example. According to the book, the movie “represents a revolution for the time” and clocks in at only fourteen minutes. But at the turn of the century there weren’t movie theaters with stadium seating and THX sound in every major town. 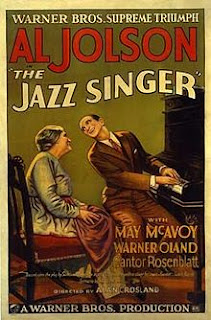 There’s a long list of silence-era movies through the 1920s. But in 1927, cinema history was born again with the first “talkie” – The Jazz Singer starring Al Jolson. It introduced innovative changes in the industry, revolutionizing Hollywood and changing the way movies were viewed and made. As the 1930s and a Depression-Era world was ushered in, people used the movies to escape their lives. Movies such as Dracula (1931), Frankenstein (1931), 42nd Street (1933), The Thin Man (1934) and so on brought the world imagination, humor, horror, singing, dancing, and romance.

But you’re probably thinking, that’s all well and good, Michelle, but what about more current movies?

You’re right of course. I get caught up in the classics because, for me, they defined the cinema. They made movies what they are today. And sometimes we forget the old and replace it with the new, bigger, better, louder, more visually awesome. The men today are not as dashing and debonair (Cary Grant, Humphrey Bogart, Clark Gable) and the women aren’t as classically beautiful (Greer Garson, Ingrid Bergman, Grace Kelly) as they were in Old Hollywood.

On the list of Movies I’ve Seen More Than Once After the Year of my Birth:
Of course, this is merely a partial list. I wouldn’t want to bore you. ;)

Most notably absent from the book: Pirates of the Caribbean, Superman, Star Trek, Excalibur, Sex and the City. How can these not make the cut? Okay, granted Superman was all that spectacular and perhaps Sex and the City is too “girlie” for the big list of 1001 movies. But Star Trek? And Pirates? Not even a mention? I’m disappointed in that.

I can’t say that I’ll see everything in the book – some are too difficult for me to sit through (A Nightmare of Elm Street for one, though I did see it WAAAAY back when it was in the theater. Through my fingers. Does that count?). I do find, though, the book a great challenge for a movie-goer like myself. I would like to check off the movies in the book, for fun, to see how many I really have seen. No, I haven’t yet. Man and I thought it would be a fun thing to do (and he was very happy that Mad Max was in the book as well. Haha)

So – what would be on YOUR personal list of 1001 Movies You Must See Before You Die?

Michelle Miles is an avid movie watcher, writes romance, drinks coffee and collects shoes. You can learn more about her books at http://www.michellemiles.net.
Posted by Michelle Miles at 2:00 AM

Michelle,
This one is tough. I know what I love about movies, but which one I want to see before I die...hmmm. I think I'd like to see every Alfred Hitchcock movie just because he's such a great storyteller. I loved Rear Window and the Birds....oh my. I'd also like to see every movie Grace Kelly did because of her soft spoken grace. I'd also like to watch every TV show/movie Lucille Ball was in because of her comedic timing.

Hi, Michelle! I love old movies and have the same book you do. It's quite handy. Did you know 1939 is considered the best movie year? Gone with the Wind, The Wizard of Oz, and a personal fav-The Thin Man. And I'm with Sylvia, Rear Window is a perfect movie.

Hi Michelle,
You know, that's a hard question. I have my favorites, but without a list like your book- one doesn't even know what movies are out there.

I have my favorites - The Wizard of Oz, all the Judy Garland and Mickey Rooney movies, all the musicals, and the more recent romances like Sleepless inSeattle, You got Mail.

Plus all the movies you mentioned, Michelle. My list keeps growing!

What is associated with the confirmation procedure? This is the point at which your youngster will be assessed for the seriousness of their condition and for the most proper degree of treatment important. Now and again this includes your youngster experiencing mental and additionally clinical testing. Moreover, some essential choices will be made about your kid's degree of treatment, e.g., outpatient, incomplete hospitalization, and so on. Remain included - discover what steps are followed in this stage. This incorporates discovering what all the expenses are (e.g., charges for pee screening, and so forth.) and figuring out what your protection transporter will cover.
Who is on staff? What qualifies the staff at the adolescent medication rehab office to work there? What training level, foundation experience level, and so forth. Does the office have clinical work force close by if there should be an occurrence of individual injury? What number of staff are there corresponding to the patients? Is the pace of turnover high or low?Do you feel great with the segment make-up of the staff available? Is it accurate to say that they are touchy to social assorted variety
recovery quotes
addiction recovery quotes

Get the best in professional makeup and Buy Cheap Cosmetics Online Products... Welcome to MaxximCosmtics where we believe every woman deserves to feel beautiful and confident makeup Products. Read Here- maxximcosmetics

TheBestDentistAgencyComapny said...
This comment has been removed by the author.
July 30, 2020 at 11:40 AM

Get Up to 15% Off on OyeKids Clothes for Kids | Buy Best Dresses Online & Trendy party Wears Dress to Comfy Newborn Outfits, We Offer the Best Brands in Kids’ Fashion. For Exclusive Deals on Kids Wear, Visit Oyekids.net