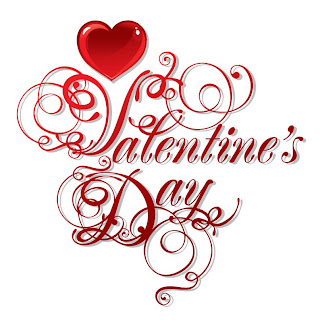 It's Valentine's Day and what better way to celebrate than with a first kiss. That special moment between two people, the attraction sizzling just beneath the surface, nervous, anxious, but needing a physical connection with another. Sometimes it's just a peck or a gentle brush of lips. Other times it's an all-consuming, lust-sparked wildfire.

In celebration of the most romantic day of the year, the authors at Plotting Princesses are gifting you (our very special readers) with a glimpse at the first kiss. These may be from books already published or may be from books in the process of being written, from both published authors and authors on the brink of publication.

Since we have such a plethora of scenes, we're dividing them up. For the next four days (Thursday through Sunday) we'll be posting first kisses here on the Plotting Princesses blog. Come back each day, read these wonderful little vignettes and leave a comment.

Why should you leave a comment? Ah, now that's the best present of all. Every person who comments between today (Valentine's Day) and Sunday, 02/17/2013 at midnight EST will be entered in our Sweetheart's contest. The Prize: A brand new NOOK! Yes, you read that right. We'll be giving away a Nook SimpleTouch with GlowLight including a beautiful pink cover, to one lucky person who leaves a comment. That means every single day you have a chance to enter—just by reading the blog post and commenting.

What's sweeter than chocolate at Valentine's Day? A new e-reader so you can read about love, romance, and hope all year long. (Contest is open to U.S. Residents only.)

FIRST KISSES
Only for a Knight (Michelle Miles)

“Then you would feel nothing if I kissed you?” A dangerous gleam ignited in his eyes. Elyne could see the beginnings of a faint smile. A teasing smile.

A curious swooping pulled at her stomach. “That’s right. I’d feel nothing.”

“Mayhap I should test that theory,” he suggested. He leaned dangerously close to her, his lips a breath from hers.

Her mind screamed no, but her mouth said, “Mayhap you should.”

Derron cupped her face, his hands warm and gentle. When his mouth connected with hers, her stomach turned into a roaring fire, exploding through her in a burst of heat and flame. Singeing her from the inside out. His lips were like velvet as they lingered on hers, tasting her, sipping her like honey wine. Her head fell back, her body went limp as he pulled her into his arms. She didn’t fight him. She couldn’t. Her arms slipped around his neck as he deepened the kiss, his tongue delving into the recesses of her mouth. She sighed, their breath exchanging as their souls touched.

Never in their long history had he kissed her like this. She wanted it to last forever. She wanted him to proclaim his love for her then and there. She just wanted him.

Their gazes locked. The beating of their hearts pounded in a single rhythm, and she heard them as loudly as drum beats.

Ares swooped down and covered her lips with his, groaning into her mouth.

Bending forward, he placed his lips against hers, pressing gently. And just like that, her nervousness vanished.

Firm lips moved against hers, his tongue licking the seam of her mouth. She parted her lips for him and moaned as he thrust his tongue inside. Tentatively, she tangled her tongue with his, surprised when he thrust deeper, tightening his arms around her waist.

Remember to come back every day through midnight Sunday, read about the first kisses of some amazing characters, and post a comment to be eligible. The more times you come back, the more chances you'll have to be the proud new owner of a NOOK SimpleTouch GlowLight with case.
Posted by Kathy Ivan at 1:00 AM

WOW! Fanning myself before I've even had a cup of coffee!
Love these kisses ladies! :)
HAPPY VALENTINE'S DAY!!!!

This is going to be fun!

This is going to be fun!

Fabulous way to start St. Valentine's Day off! Can't wait to see what you've got in store for the next few days!

DANG Ladies, all those sound pretty darn good! Also, let me say, you have a wonderful site here.

Loved the excerpts. Thanks for the great reading. I'll be back every day to read more.

Hi, Penny! And than you so much for visiting. You are awesome too!

Great kisses, my friends. Hope everyone has a wonderful and romance filled Valentine's Day!

How fun! And there's a prize in the package, too!

Man. We write some good kisses!! Love it!

Can't wait to see what the next three days bring.

No need to enter me into the drawing.
Hugs,
Addison

Happy Valentine's Day everyone. I hope everyone enjoys reading these yummy excerpts as much as I do!

Yum, yum, this is a great post for Valentine's day. Love it and now I'm headed off to my own Valentine ... thanks for the heat!

You must go here if you want to know how to cite in MLA!

Hello everyone, it was interesting to read your article. Usually i'm reading New York Times , but now i will read you too!


Hi there. A friend of mine recently showed me pdf poster writing service. I want to show
you essay service. I always buy essays. I hope you received useful information.