What Makes A Perfect Hero?

But which imperfection? Which flaws make us love a hero most? And which redeeming qualities
make our hearts go pitter-pat? 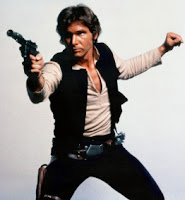 Is it the dark brooding hero who finally learns to love? Or is it the bad boy with an engaging sense of humor? The aloof arrogant fellow with a secretly sensitive heart? The wounded beast who risks everything for the woman he loves?
Undoubtedly, the answer is different for each of us.
We could talk about hero archetypes. But I prefer not to use archetypes in my writing. There’s nothing wrong with them and in the end I suppose we could squish most characters into one archetype or another. But for me it spoils the fun of developing a character. Just as I don’t categorize my real live friends I don’t want to pigeonhole my characters. I enjoy the surprise of unraveling a character’s psyche as I write the story. So just for today let’s ignore archetypes and talk about what specific characteristics makes us fall in love with a hero.
Let’s analyze a couple of the fictional heroes we love...

Mr. Darcy in Pride and Prejudice, outwardly he appeared haughty and aloof when underneath he was overly sensitive and somewhat shy and uncomfortable socially. After thinking Mr. Darcy was an arrogant man who thought himself too good for Elizabeth Bennett it was lovely to discover this truth. And his willingness to do good for her without recompense was made us all fall in love. Austen masterfully revealed Mr. Darcy’s true character thus one of fictions most beloved heroes was born.

Twilight’s Edward. Say what you will about Twilight, the author created one of the most popular heroes in modern fiction. Edward fan clubs sprang up all across our fair continent from New York to Sacramento. Why? What was it about Edward that made women and girl’s fall in love. Why would an aging librarian, when asked about the appeal of Twilight, respond with, "Well, I’d leave my husband for Edward." Because Edward was a man willing to sacrifice everything for the woman he loved. He was superman strong and often rescued the heroine. He also should a super human amount of sexual restraint. Edward watched over Bella and played the devoted protector.

One of my favorite examples of the cocky wounded hero is Jace in The City of Bones. I loved his sense of humor and the way he was so sure of himself, despite being so terribly wounded.

Select as many characteristics as you want: 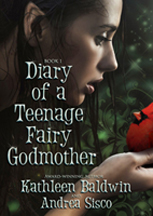 Kathleen Baldwin is an award winning author of several Regency romances published by Kensington and she and her friend Andrea Sisco, an actress and mystery author, recently launched a middle-grade/YA contemporary fantasy romance, Diary Of A Teenage Fairy Godmother.

Posted by Kathleen Baldwin at 12:44 AM

Email ThisBlogThis!Share to TwitterShare to FacebookShare to Pinterest
Labels: great heroes, take a poll, What makes a perfect hero

Hi, Kat! I love the poll and you'll have to teach me how to do this. Congratulations on the book, GF. You rock. ox

Love it! I like the sense of humor/way too intelligent heroes. Apparently in real life, too! :)

I'm a rookie with the quiz thingy, too. I meant to make the second question able to have multiple answers. Learning curve.
I'm with you Michelle - I married a way too intelligent man. And of course now I'm raising a brood of way too intelligent children. Not easy when I'm not Sherlockian. ;-)

I said sense of humor - but I don't like teasing -

and i said willing to sacrifice all for heroine - but - I just prefer ready to lead the charge when needed. LOL.

but all in all - I think this is loads of fun and I'm anxious to see who our hero turns out to be when the poll closes- : )

I love all these characteristics, so I can never choose just one. And because I can't choose in real life, I get to chose different characteristics for each hero I create—I guess that's why I keep writing more books. More stories=more heroes. :)

At the moment I'm writing a novella with the cocky, always uses humor as shield character, but as soon as that's done I'm going to dive back into my Sherlockian, super intelligent, baffled by women character. I'm absolutely LOVING writing him! (But I wouldn't want to live with him!)

Kathleen, I enjoyed your blog post. Keep it up, friend. And I so enjoyed working with you on Diary of a Teenage Fairy Godmother. I'm rereading it now. Seems so long ago.

Great poll. I love a bad boy with a dry sense of humor. LOL.

Hi Ms Essex!
Well all I know is you should keep doing what you're doing, because i fall in love with your heroes every time.

Hi Pam! Glad you enjoyed the poll, it was fun to make. I stumbled a bit setting it up but I'll try it again in the future.

I liked the poll, Kat. I'm a sucker for a man who understands his emotional scars and gets them healed. I also want one with a sense of humor, but I agree with Chris--not a mean one, more like the kind that makes me laugh. Anyway, good poll and by the way, great book. I keep recommending it to everyone I know.

I'm never sure what to answer on these things because all of the characterstics appear to me. That's why I love writing romance, because I can roll all my favorites into the hero and make him extra special. I always fall in love with my hero that way.

Congratulations on the new release. I've got it on my kindle, can't want to start it.

How Fun, Kat! Like Kathy, I want to pick all the characteristics. I want some of this and a dash of that, a full cup of that hot stuff...OoooWeee.

Contrats on your latest release. I got it!

Hi Kathy and Phyllis!
Thank you for your kind comments. you are both so sweet. Thank you for getting the book! The princesses are so supportive of each other. What a great group of women writers!

Glad you had fun with the characteristics poll!