SPOILER ALERT! Do NOT read the next couple of paragraphs if haven’t caught up with this season of TRUE BLOOD! 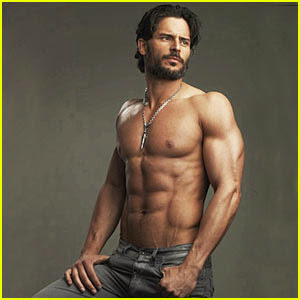 Ok, are they gone now? Whew! I almost titled this blog Alcide might be dead, but Long Live Joe. Then I realized some people might not have watched this season yet. Now I’m going to cry. And rant. CRY! Alcide, oh Alcide! Say it ain’t so! I’ve always been on TEAM Bill, because I always go with first love=True love in a Romance, but, still…

Okay, okay, you’re right. He’s not a real person. And at least we still have the beautiful Joe Manganiello to soothe our mourning souls. 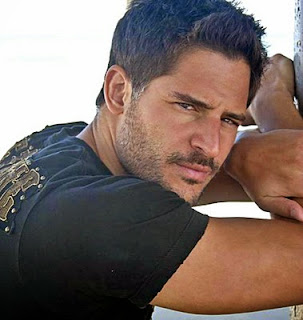 I hear Joe’s making a Magic Mike 2, ladies! And he is the real reason for this blog post. He’s my inspiration-in every sense of the word- for my latest Blaze hero, Joe Tedesco. MY Joe is a New York firefighter and the winner of a Sexiest Average Joe contest run by fashion blogger Carly in my September Wrong Bed Blaze CABIN FEVER. And in honor of my new release and in honor of the very sexy Joe Manganiello, I’m giving away a copy of CABIN FEVER to the first 3 commenters who can correctly answer all these fun questions.

1. In which sitcom did Joe play a guy named Brad Morris? (Hint: It just had its series finale this year)
2. What funny “Baby” movie was Joe in just before Magic Mike?
3. What is the name of the documentary Joe directed about male strippers?
4. In which TV series did Joe have a part with the equally sexy Josh Duhamel? (also an inspiration for a hero in one of my Blazes)
5. Other than True Blood, in what TV series did Joe have a large role? (Hint: he played a pro Slamball player) https://www.youtube.com/watch?v=29QGAq8dXys
6. Joe is also an author. Last December, he released a fitness book. What was the title? (just the first word will do for the answer)
7. To support himself before he got his first part in Spiderman, Joe worked as a bodyguard and a bouncer. What occupation would you like to see him play if you could write a movie for him?

And now for an excerpt from CABIN FEVER. 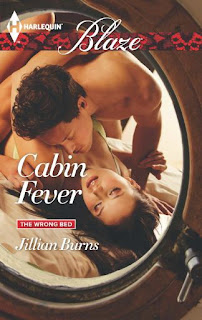 I love Joe. And Alcide. And I cried when my favorite werewolf died. I literally had to walk away from the show for a while... still haven't finished the season yet. :) Great post!

He is a hottie!

Late, as usual these days. But yes, Joe is hot. And from someone who has read the book, it's pretty steamy too. Check it out.

Are you interested in a college or high school? Check this post to find out what you should do!

Wow. I love this actor. So amazing pics of him. Thank you for this article. I read this book so I decided to write Problem Solution Essay about this. I study literature at the university and I like to write many reviews about the book.