A SCANDAL TO REMEMBER is out!

My Latest story A SCANDAL TO REMEMBER released on Tuesday, and I wanted to celebrate by sharing an exclusive excerpt with the Plotting Princesses, and by giving away a copy to one of our loyal readers! 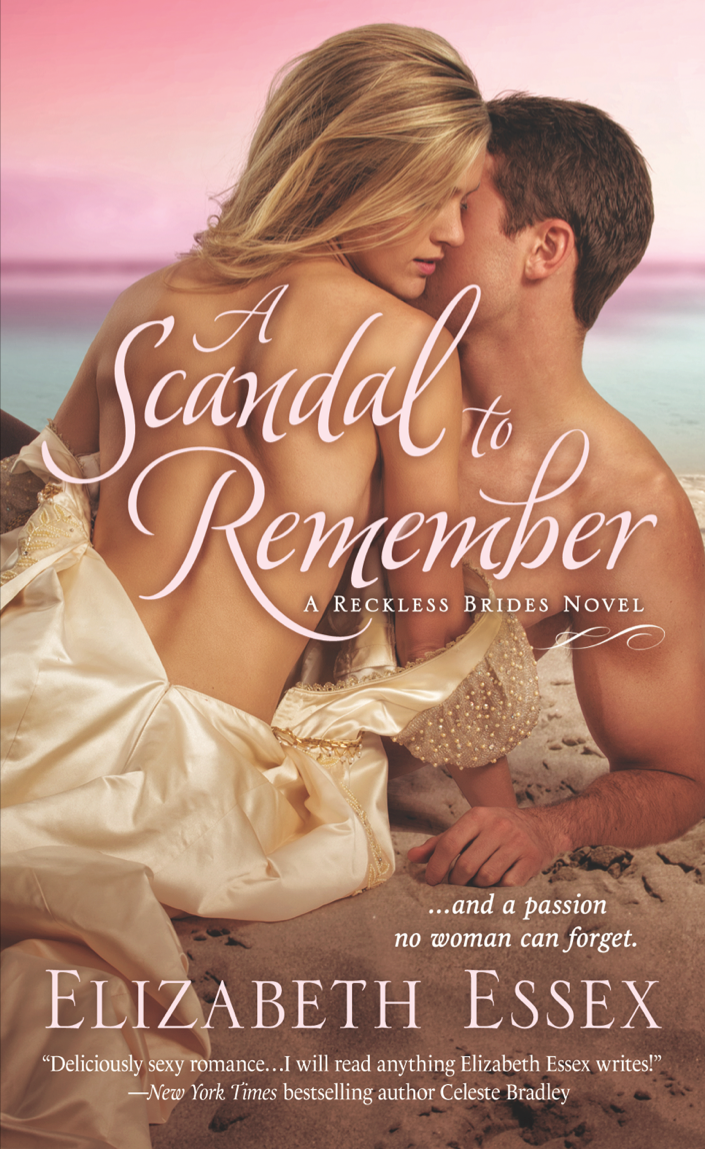 CAN A WHIRLWIND ROMANCE
For too long, Miss Jane Burke’s father has taken advantage of her painstaking research. Heading to the South Seas to make her own name as a scientist despite the crew’s insistence that a woman aboard is bad luck, she isn’t prepared to be championed by a handsome ship’s officer who rouses longings inside her as wild as any storm…

LEAD TO A PROPER PROPOSAL?
For Lieutenant Charles Dance, a post on His Majesty’s survey ship Tenacious is just one more dutiful rung on the ladder of his career. Even a headstrong bluestocking on board is less troubling than the ship’s drunken captain—and the ferocious gales that drive the ship off course. Stranded on a remote island, passion blazes between them as hot as the sun, but it’s Jane’s love Dance wants forever…

The world was a strange and interesting place, full of strange and interesting and very different people. People who seemed to sleep in chairs.
Jane had been jolted awake in the predawn hours by the sharp sound of a chair clattering over onto the deck just outside her door. She had clambered out of her hanging cot in time to spy the chair—with the lieutenant’s coat over the back—on the floor, and see the lieutenant bounding out of the wardroom. And when she stuck her head outside her cabin, she could hear him engaging in a loud conversation—or was it an argument?—with several men on the other side of the wardroom door.
The mere overheard mention of her name sent her retreating to dress herself in her practical buff colored wool gown so that she might meet any challenge to her presence aboard head-on—and at least properly clothed despite the early hour. What could not be avoided ought not be put off, even until breakfast. She had always found it best to tackle unpleasant chores straightaway, before they could become even-less-pleasant problems.
But when she came out into the wardroom, what could not be avoided was the strange and interesting sight of the lieutenant in his bare shirtsleeves, divesting himself of the rest of his clothes. He had come back from whatever unpleasant chores had interrupted his—and her—sleep, and was now about to shave himself in preparation for the coming day.
“Oh, my.” Heat blossomed under her skin and raced across her chest. Jane hardly knew where to look—a glance around at the closed doors of the other cabins told her it was full early for anyone else of their party to have awoken.
Jane would have retreated into her cabin to allow the man his privacy, had not the lieutenant’s voice stopped her.
“Morning, Miss Burke. I trust you slept well.” There was something knowing in the lieutenant’s tone——he had been right outside her door—some slow insolence, that worked its way under her skin like a splinter, needling her into responding, no matter his scandalous state of undress.
And hadn’t she just reminded herself that what could not be avoided ought not be put off? The lieutenant clearly did not want to be avoided, and if he thought he could intimidate her into leaving the expedition by the sight of his shirtsleeves, she should take this earliest opportunity to disabuse him of that notion.
If only she could breathe properly in his presence. He wasn’t even touching her and the air felt hot and tight in her chest. She put her hand to the high bodice of her dress to ease the pull of the neckline against her throat. “Good morning, Lieutenant. Have you no cabin yet, sir, within which to wash and dress yourself?”
“No,” he answered simply, “I do not.” To illustrate his point, he pulled his black silk stock away from his neck with an audible snap, before favoring her with that challenging, cynical half-smile that twitched up one side of his mouth. “Do I shock you, Miss Burke?”
She wanted to meet the challenge in those dark green eyes, and give him as good as she got. But she could barely breathe. “You are trying to.”
Her honesty—and apparent humor—made the smile widen across his lips. “Am I succeeding?”
“A little.” Which was a complete lie. Of course he was succeeding. And he knew it.
He advanced on her then, sauntering slowly across the few feet that separated them while he shucked off his waistcoat and tossed it over the back of his chair with his coat.
Jane’s shoulders smacked into the door frame at her back, halting any further retreat.
“Then I must try harder.” And with that, he used his superior height to lean his hands onto the ceiling beams above Jane’s head.
“Lieutenant Dance.” Jane hated that she sounded all breathless discomposure even to her own ears. “You needn’t do so on my account.” The neck of his shirt lay open, and a swath of golden skin was right in front of her eyes. And he smelled of soap and lime and wind.
“But I do, Miss Burke.” He was so close, she dared not look up to see him speak, but his voice insinuated itself into her bones, echoing uncomfortably through her body. “Because I believe you have something that belongs to me.”
“Do I?” Her voice was no more than a whisper, and she could hear her breath fragment into little gulping pants.
Oh, God. Not now. Not in front of this pitiless, cynical man and his insolent, challenging eyes.
“Yes.” He leaned down lower, close to her ear, as if he had a confidence he wished to impart. “My shaving mirror.”
And then he reached over her head, and plucked it off the wall. And with a smile that told her he knew exactly what he was doing to her, and was pleased, he ambled back to the wardroom table, and began to soap his face.
Drat him.
A SCANDAL TO REMEMBER
…and a passion no woman can forget.

Leave a comment to be included in our drawing for a copy of A SCANDAL TO REMEMBER.
Posted by Unknown at 1:00 AM

You know how much I adore your books, Ms. Essex. Congratulations, honey bunny Great Excerpt!

Thanks so much, Vicki!

Great excerpt! :)
Thanks for the chance to win :)

Thanks so much Bube,

I'll take every chance I can to let readers see my work, and hope they get pulled into the story.

Wishing you happy reading, and thanks so much for stopping by to chat today! Cheers, EE

I read one of your books, Almost a Scandal, as part of a RomCon contest, and I became enthralled with your descriptions of life on the sea and felt transported into a new world. It was escapism at its best.

Can't wait to read this book. I love your strong heroines!

Everything to love here. From the cover to the excerpt.

I am thrilled to hear it! If you liked ALMOST A SCANDAL you are going to love A SCANDAL TO REMEMBER. Our hero, Lt. Charles Dance was one of the midshipmen who was friends with Sally Kent in that first Reckless Brides book. :) This time he gets a story all his own. :)

Best of luck in the drawing, and wishing you happy reading. Cheers, EE

I love writing heroines who are stronger than they know. :) I love to show them finding that strength. There's going to be plenty of that in this book.

Wishing you best of luck in the drawing, and thanks so much for stopping by to chat! Cheers, EE

I have to say that this cover is absolutely gorgeous, and is a brilliant representation of the book. I actually cried with happiness when I saw it.

Wishing you best of luck in the drawing, and thanks so much for stopping in to chat. Cheers, EE

Yay & congrats on the new release! I have 2 of the Reckless Brides books & absolutely love them

Thank you so much for your kind comment. I'm so glad you liked it. :)

And I'm finally about to draw the winner, (Tuesday AM) so stay tuned.

Thanks so much for stopping by to chat today! Cheers, EE

I'm so happy to hear that you've liked the other Reckless Brides. :) This one will be right up your alley. :)

Thanks so much for stopping by to chat today! Cheers, EE

And we have our WINNER:

BUBE wins the copy of A SCANDAL TO REMEMBER!

and I will send out your copy ASAP.

Cheers & Congrats, and thanks to all who stopped by to chat. Cheers, EE

Thank you very much Elizabeth :)