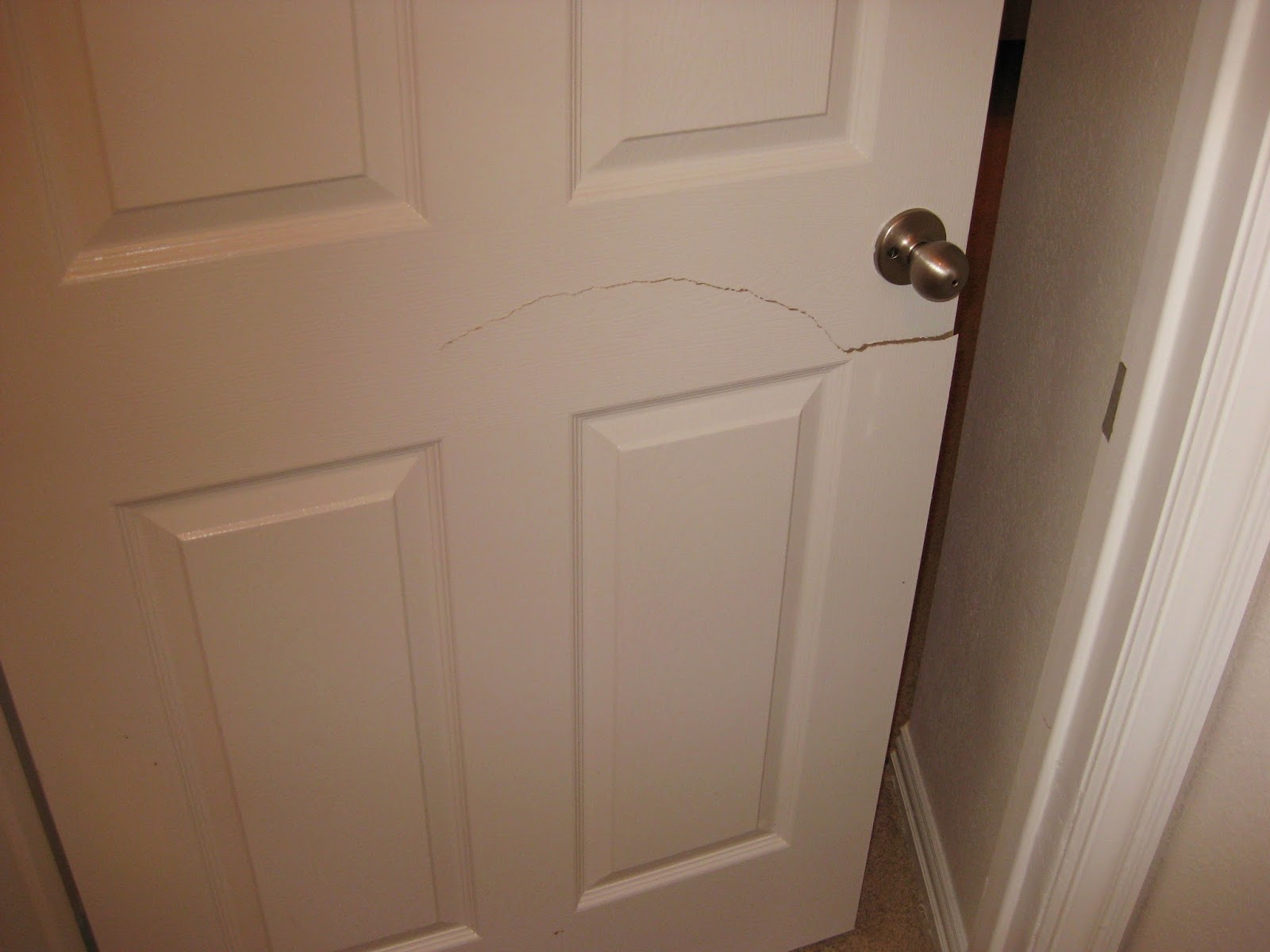 Yep, Hell Hound, while wearing the cone of shame which extended past his muzzle, used his claws to dig up the carpet to the foundation and when the concrete stopped him, he attacked the door, tearing off the lower back half, then bursting through it to escape. On the plus side, I now know how inside doors are constructed. <g> 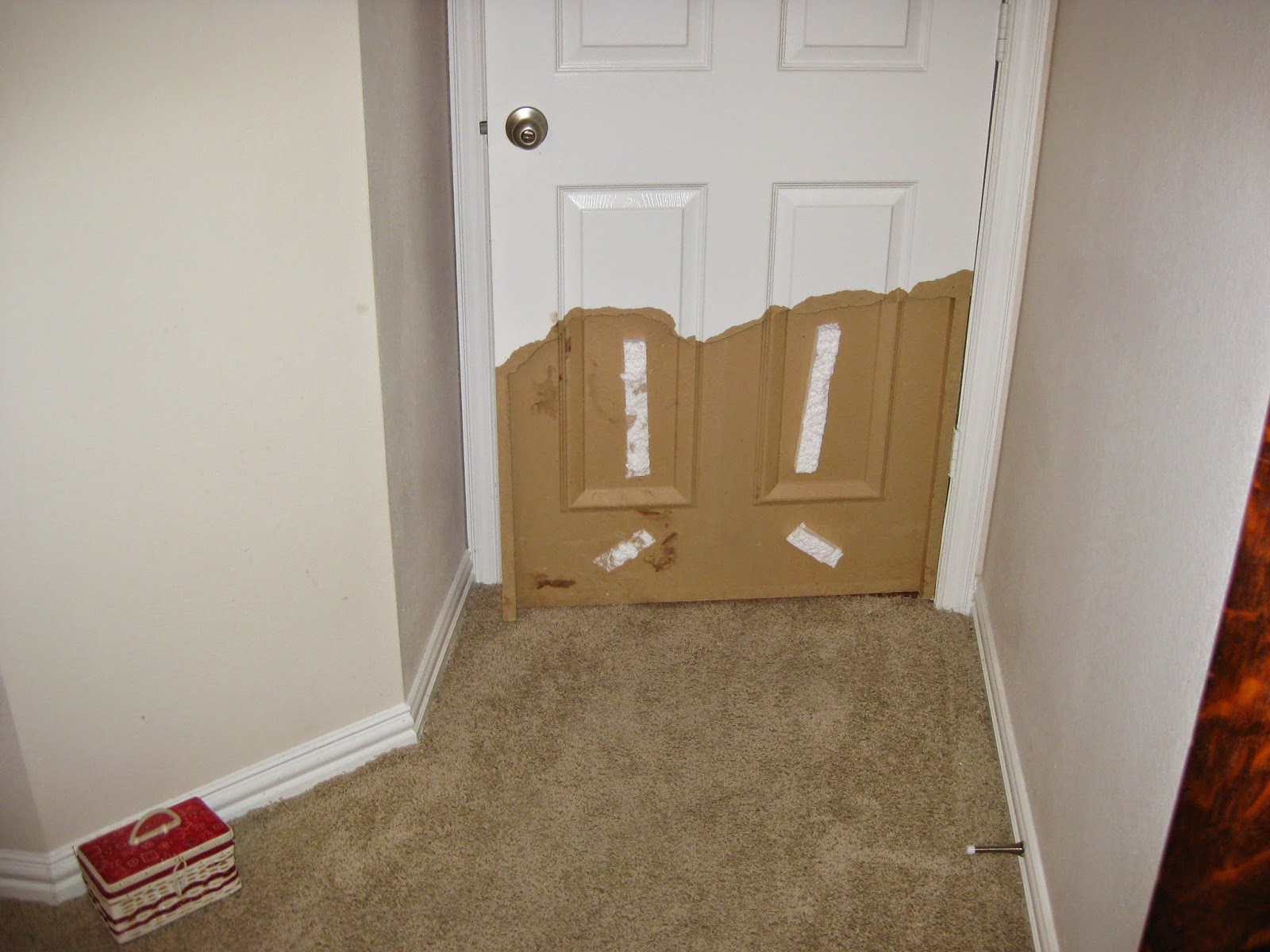 Can you say determination? And in case you're wondering, Hell Hound was fine. A little freaked out, but no harm done. At least not to him. Our new carpet and door? Not so harm free.

Do you have any crazy dog (or any pet) stories? If so, share away. Until next time...

Good morning, Karilyn! and OMG your doggie. Mine have just escaped a few times. Most neighbors drop them back on the breezeway, but one time, they were loose on a major street and scared a poor lady. Our first dog laid down on the major street and bit the lady who rescued him. He was pretty old and crotchedy by then.

Karilyn, OMG! We have dachshunds and are considering getting a new puppy. I'm already dreading the potty training. Ashley, our current dachshund when she was a puppy went through the shoes. She loved to chew the leather on my shoes and I lost 4 pairs to her teeth. The last time she did it, was my favorite pair and she got a spanking (not hard) with the shoe and time in the kennel. She never touched my shoes again. She's also hidden under our shed whenever there are roofers in the neighborhood. I don't know what it is about the sound of hammers, but she went outside and we had a heck of a time getting her out from under the shed. So now hubby is going to make it to where no puppies can crawl under there. Dogs are a joy, but they can be a pain too. Hmmm....puppies.

While I do have rescued german shepherd who we finally taught papergoods (including my books) aren't food - and an american pitbull terrier who the first year of his life thought all my shoes and anything with a zipper (think every cushion on every piece of furniture) were his personal chew toys- all my doors are intact!

Perhaps the funniest moment was when we'd adopted our first german shepherd (I'm fond of rescues) He was a 95 pound dark faced gentle giant. Named Rabb after the tall dark and handsome Commander Rabb from the TV show JAG - we explained he wasn't allowed in certain rooms. The formal living and dining room among them.

well - after his first week he was doing so well with his boundaries we went out and left him home with free rein of the house. My daughter and I came home and standing on my Duncan Phyfe dining room table eating the butter left out was you know who.

Great post! One of my past rescues, Mara, suffered from intense separation anxiety. One day when I went to work she shut herself in the bathroom (who knows why, looking for me perhaps?) which had no windows, so she was in the dark. Unable to get out, she destroyed the room, including the stained/glass louvered doors on the linen cupboard. When I got home I couldn't find her--until I thought to check the closed bathroom door. She also chewed her way through our bedroom, protesting my absence. But know what? I'd take her back in an instant! So which of us was/is crazy?

Love all the stories! Laura, I have a story like that too. Dog damage is so much fun to clean up! :) Vicki, I'm glad your doggies were okay when they escape. That is my greatest fear, that the dog will run off and I can't find them. Sylvia, you don't even want to hear my puppy stories. Maybe I'll write another blog about the puppy. Chris, you have the best behaved dogs! I'm surprised they just stop by the door into the living room and don't come any further. Want to come train mine??? :)

I am with Chris on that..can't top that. You may have to try a muzzle.

The only thing my precious Little Bit (a 6 pound toy poodle) did was pile up pillows, Denver phone book and a metal 6 D-cell flashlight - among things at the door do I had to force the door open. He was apparently pissed that I left.

Are you looking for a good online course platform? follow this link for my top 10!