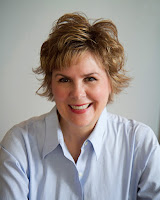 When I went to grade school, there were at least three other girls in my class with the same name. However, they were spelt differently.

Those girls were: Vikki, Vickie, Vicky

Later on and when I thought about it, Susan, Cathy, and Kathy names dominated, as did variations with full names or short names, like Katie, Katy, Kat, Cathie, Cathleen, Suzie, Suzy.

So when I was pregnant with #1son, Handsome and I struggled over naming him, even though we didn't know he would be a boy. I’d toss out something.  “No.” And more. “Nope.”

I was determined he would not have a J name:  Jonathan, Justin, Jacob, Jake, Joshua, etc. Those names were way too popular. I didn’t want him to have to go through what I did. Finally when watching an old and favorite detective movie, I said, “What do you think about this?”

Great Rejoicing! I can’t say what #1son’s name is because he doesn’t want me to tell via social media. Lol. The funny thing is in his Sunday School class of 24 kids, there were two other boys with the same name. Yikes!

I never thought I’d have a boy. I come from a family of four girls. In my mind, I was going to have girls. And name the first, Holland. The second, Hayley.  And the third, Hattie.

Sadly, no girls came my way. Instead, I got #2son: first name is his dad’s, second name is a church friend’s.

And let’s mention, they get the wonderful Batman as their last name. lolol.

A lot of character’s names just pop in a writer’s head and as a writer, I know when this instance does happen, that name is most likely absolutely perfect.

I have gone the route of looking at the census and seeing which names were popular in specific years. In 2014, these are the names used: 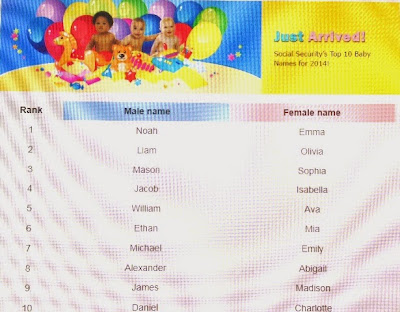 If you want to look up your birth year, go to: Social Security

Now back to naming the girl thingy—I did get to. I named my heroine from my romantic comedy mystery, Harriette Lee Cooks, Hattie for short. I thought Hattie sounded sassy. And the background for her name came from her grandmother, Harriette.

When I grew up, if my mom yelled my whole name, Vicki Lea, I was in serious trouble and had better hotfoot her way instantly. Hattie’s mom does this also. And I used an L name for the middle name. It’s a way of honoring my sisters whose middle names begin with an L, as well as my mother’s, and my grandmother’s first name was Lillie. Her sisters’ names began with an L too.

So lay it on me: Do you like your name? Were there too many others in your class with the same one? What is your favorite name?

To discover more about Hattie and her wacky journey through unemployment, her romance with a hunky hero, and murder, go to: Amazon

Cathy is a very common name...but mine is just Cathy, not Catherine or Cathleen...just Cathy Lynn. My husband was named after his father (first name) and since he was born on his sisters birthday, he got her middle name. Luckily for him that is Lee and not Ann! When it came to naming our kids, he didn't want them to be named after him at all. Jeremy was the ONLY boys name we could agree on. Like you, I had 2 boys, so I never got to name a girl...son #2 was actually named by his brother. I gave him a choice of 5 names and he chose Daniel.
I had the names Bethany and Kira picked out for girls. I have since decided that I don't like Bethany all that much, so I am glad #1 was a boy, LOL! I still love the name Kira. The middle name would have been Jaye. That is what I call my sister/best friend.(her name is Judy Ann). My older sister named all her girls very common popular names for the time...Nicole, Brittany & Ashley. Jaye named her 2 fairly common names, but she spells her sons name a bit different from the norm...Tylor. Her daughter is Samantha, but she toyed with different spellings (Cimantha is one). She went with the traditioal spelling, though.
I remember as a young teen, my cousin and I would think of names we were going to name our kids, lol. So many names! I don't think Jeremy was on that list at all! My cousin ended up not having any of her own,but raised 2 step son's and is a teacher so she has many kids every year, LOL!
My characters in the 3 books I have started (not finished one yet, LOL!) Are Carleigh, Anna and Teddy. I really wanted Anna's name to be Sarah, but she chose Anna. The male leads are Max, Josh and Ronan. They just came to me...they are not named after anyone in my life.

Hi, Cathy! You are a "Cathy" the same way I am a "Vicki" - not shortened. I'm not a "Victoria" and please don't call me Miss Vicki. lol Actually, my nickname is Vicks. Naming kids was hard. I also had the added pressure from Handsome about wanting their names to look good on a business card. Thank you for sharing.

My name was very over-used in High School. Melissa- there were at least three of us and worst of all, one even had the same middle name. Melissa was my great grandmother's middle name. My mom had originally wanted to name me Elizabeth. My family calls me Missy and everyone else has a different nickname for me.

When my children were born, we wanted to go for unusual and those names turned out to be pretty popular even though we hadn't planned it.

As a teacher, it's hard to find a name you like because so many names conjour an image of a student from your class. We are afraid that if we name our child that name, they will turn out like that student. Yikes!

I have the same problem with my characters. I didn't know my middle name was Alice until I started kindergarten and the teacher called 'Mary Alice'. I didn't answer and a week later mentioned it to Mom. When she told me that was ME! I almost cried. Alices were sweet, clean and wore aprons. 180 degrees from me. I never forgave her for that name.

I recently debuted my first book. I couldn't think of character names. So, almost every main character and some secondary characters were named after friends from high school.

I wanted to be a Sandy, Rebecca, or Debbie.

My name is a rarity these days. It was popular back in the 50's. During the 70's I had to contend with being called "Phyllis Diller" all the time. With my bright red curly and frizzled hair that could resemble Phyllis Diller in style, well...

I see Phyllis a little more often but NO ONE can spell it right!!

Thx kat! I dont often ck the names's meaning. More like the image of yhename fits the character

Hi melissa! Igrew upw a melissa. And i love missy. Sometimes our quest to be different isnt. However spelling names crazy-notso much.

Hi maria and what an interesting story. Im guessing both of your namescwerent yelled when you were naughty. So when did uou begin using Maria? Thx for sharing.

Thanks Vicki. this is a great post. I didn't struggle with naming my children, they just are who they are. My husband and I didn't really have much of a choice.

But naming characters - urgh!!!! It's the hardest part of writing. Not the main characters they come to me fully formed, but the secondary characters are a pain in the butt.
I never thought of looking in a census for names - thanks.

Hi winona. Thats funny about your name. And brave of you to use family and friends names. Do they know? Good luck w your book!

Hi phyllis! I never thought to call you hyllis diller. Maybe if you have the wacky laugh and talk about fang???

Hi marlow! I also try not to use the same names in my work- which makes it difficult for me to find the erfect one. I recently changed a heroines from kelly to josie. Id used kelly and it fit her,but josie isnt used much and is my grandmothers. It fits her too. Thx for stoping!

I wasn't supposed to have the name I ended up with. I was supposed to be Mary Katherine. My aunt (my mother's sister) had a baby not long before I was born who she named Mary who died right before I was born, so my mother changed my name and I became Katherine , (after my aunt who was also Catherine but with a "C".) Probably a good thing, I don't resemble a Mary at all. LOL When my sis was born, she got to be Mary.

And I have a heck of a time naming my characters. It takes me forever. LOL

Hi kathy! My aunt was mary katherine and often, grandmother said both names; however she was mary to us. My aunt was both names as well until we all agreed to call her auntie c. She likes it too!

My mother selected Liese to give Lisa a different spelling. It's German. To this day, I have to explain how to pronounce it and it's origins. Of course now, I also have to explain the Fabre.

Surrounded by Kathys as I grew up, I always wished I'd been called Kate. Now I often use Katt, or Kate if I'm in a room full of Kathys :)

I didn't have kids, but I named hundreds of horses and cats throughout my horse training career. It was always great fun, and I do enjoy naming my characters.
But in my latest book, I had Jessie and Jake, which was just too similar. I tried changing Jake's name first, but he resisted, and finally, Jessie's new name popped into my head from who knows where, so now they are Tara and Jake.

I love my name! Most people don't have it! Ha! However, I do know one other person with the same spelling. :>(

I think my mom did eeney, meeney, miney, mo when it came to naming her children (smile!).

There were always tons of Debbies. I wanted an exotic name no one else had. Sigh.

Hi, Liese! I knew your name when I saw it. Not a problem. lol

Hi, Kathryn! Ooooh the J names. Yes, I have had to change for the same reason of having too many characters with names beginning with the same letter. It can be confusing. Thanks for stopping.

Hi, D'Ann! I don't know any others spelled like yours. Deeann or Deeanne. Yes. Hugs!

Hi, Deborah! Sadly, I do know what you mean. I had tons of Debbies in my class. I now have a Jazzercise bud named Debbie. LOL