Movies! Maybe I should warn you, I’m feeling a bit cranky about this summers movies. Normally, I’m a very happy go lucky person who enjoys a good tale. Last year my favorite movie was Whiplash, an emotional story about a young man who wanted to be the best drummer and be successful professionally. It’s about his RELATIONSHIP (not sexual) with his teacher. A must see if you haven’t already watched this powerful film. Let me warn you it is a dark movie, but emotionally gripping. I also enjoyed The Imitation Game, Gone Girl, The Judge (Robert Downey Jr. you were excellent in this film) and The Theory of Everything. All great films about PEOPLE overcoming some struggle that changes them.  Emotional dramas.

Hollywood is definitely run by men because frankly I don’t know of a single romantic comedy or a romantic drama coming out this summer. Already the men in my household are planning on going to see the Avengers this weekend. They don’t know it yet, but I’m having a Marvel boycott. I’m tired of superhero action movies. I could be the only one, but I like my movies to have some internal, emotional conflict. Not be all save the world from the bad guys. I don’t care if Thor is gorgeous. And fight scenes…five minutes of them punching each other, doing unbelievable stunts is frankly boring. Yawn. 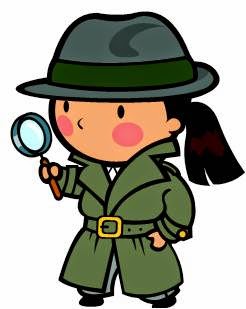 I also like to laugh. I’m looking forward to seeing the comedy Hot Pursuit. I hope that it has some credible story telling. Not just two women trash talking, but an actual laugh out loud, funny movie with maybe a small message?
We saw Furious 7. I’ll miss Paul Walker, but really the movie was nothing but one unbelievable stunt action after another. Yawn.  Even when you throw in scantily clad women it still ranks a big yawn from me. There was a pinch of emotional drama/conflict, but the rest was fight or flight or cars crashing or some other action scene. Yawn. Even Van Diesel’s sexy voice was not enough to keep me interested.

I’m curious about The Age of Adaline – The synopsis from Fandango says, “After miraculously remaining 29 years old for almost eight decades, Adaline Bowman (Blake Lively) has lived a solitary existence, never allowing herself to get close to anyone who might reveal her secret.” Sounds interesting. Will there be any emotional romantic conflict? 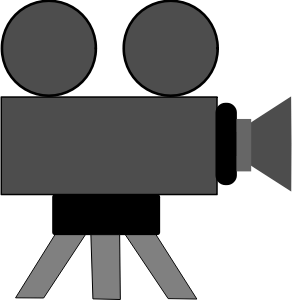 Lately, it seems that Hollywood puts out movies without any emotional conflict, unless it’s a tear jerker. Nicholas Sparks is a good writer, but can we have a happy ever after ending occasionally? A love story does not have to be a tear jerker. Last I checked, I feel more emotions than sadness. I’d really like to see a romantic comedy, but I don’t think today's screenwriters know how to create one that’s not slapstick. And does every drama have to end with someone dying? I know I’m a Happily Ever After kind of girl, but occasionally you could have them smiling at the end.
Here is what just opened:
Avengers – NO!!!!! I refuse!
The 100-Year-Old Man Who Climbed – Bucket List movie – No!
Far From Men – War movie – No!
Far From The Madding Crowd – Literary remake. I may go to this one!
Gerontophilia – Man finding his sexuality. No!
Hyena – No! Undercover cop drug traffic movie!
Iris – Documentary about New York fashion maven. Looks at least interesting.
Ride – Helen Hunt director. Finding yourself movie. This one I’m going to! Love Helen Hunt.
Welcome To Me – Woman wins lottery and goes off her meds and buys time on an infomercial channel. This one looks interesting. Dark comedy.


Later this summer:
Pitch Perfect 2 – LOVED the first one and this is a Must Go!
Mission Impossible – NO!!!! Enough already! You lost the mission years ago.
Poltergeist – I liked the first one, but I’ve been there, done that. Probably No!  Renter.
Tomorrowland – Possible. I have to see the reviews first. Is there story plus action?


Sigh…we go to the movies a couple of times a month. Sometimes 3-4 times a month, but this year…we may be sitting at home watching old movies that we enjoy. Wake up Hollywood. You’re not just producing movies for young, adolescent boys who don’t know what an emotion is.


Tell me, am I just a cranky, old woman who is stuck back in time enjoying Pretty Woman, or How to Lose a Guy in 10 Days? What kind of movies do you enjoy?
Note: Whiplash poster is from Wikipedia. "The poster art copyright is believed to belong to the distributor of the film, the publisher of the film or the graphic artist."

LOL.... I am just the opposite of you, Sylvia.
I like going to the movies for pure escape and enjoyment. I think all the action adventure movies are great and I find all the other stuff boring or WAY too emotional for me. I don’t like ‘message’ movies or films that I have to ‘think’ through…again, I go for the escape.

Hi, Sylvia! You showed the Whiplash poster which I saw when originally released. This is a fabulous movie. I'll probably go see Far From the Maddening Crowd and pray it moves faster than the original version. I want to see Mad Max because it features Tom Hardy and he is a dyno-mite actor. I like a variety of films but think the cartoon based action hero ones have been done to death.

Phyllis,
I'm just tired of action movies. I need emotional movies that move me as a person. Hubby and son saw Avengers this past weekend. Son loved it and Hubby said it was okay. Now the son is anxious for Ant-Man. Really? Just like with reading, I need to feel the emotions and last I checked the Avengers didn't have much emotion.

Vicki,
I'm with you. I'm not saying I don't like action movies...Loved Top Gun. Loved Speed. But there was some character development with both of these movies. No just one blow-up scene after another. LOVED Whiplash and the characters were gripping. Loved that movie The Judge - such a good movie. But cartoon based characters - I'm done. And have we had one with a woman heroine by herself? No! It's all men.

Very thought provoking post, Sylvia. I've been feeling the lack of good movies for a while now. While, yes, I did go see the Avengers this weekend (and I liked it), sometimes all the special effects can be a little much.

I'd rather have some substance and story, but Hollywood can't seem to make the transition from the written word to the big screen.

What can I say, the last movie where the audience actually applauded while I was in the theater -- Warm Bodies!!!

P.S. I also miss having good romantic comedies to see (although personally I cannot stand Pretty Woman -- I know I'm in the minority but I loathe Richard Gere and Julia Roberts, so it was a big no for me. LOL)

Kathy,
I loved Warm Bodies! I thought it was a cute movie and went there only because my husband wanted to see it. Oh how I miss warm romantic comedies. You would think they would be popular, but maybe I'm the oddball here. I like action, but I need some emotion going on with that action and so many times that's missing.

Great post Sylvia! Except I'm the opposite of you. I LOVE almost all the Marvel movies, for the crazy action sequences. That are in no way at all real. I also like mystery type of movies. Those make me think, and usual have a twist at the end. While I love When Harry Met Sally and other chick flick/romantic comedies I only like watching the older ones, b/c I felt something when they came out. Now? I really don't want to watch a movie that is emotionally moving, I go for escapism.

But that's just me. :) Different types of movies for different folks!

Hi Karilyn,
Yes, it seems most people really enjoy the action flicks. I love going to the movies, but I think I'm going to have to suck it up and enjoy one fight scene/bomb blowing up sequence after another. I just wish someone in Hollywood could combine the two. I'd go for a WonderWoman who fell in love or learned that she still had superpowers after she lost her breasts or something similar.

It's great you and hubby go to so many movies. Sad this year's pickings are so slim.

We watch funky weird off-hollywood productions on Netflix like IT Crowd which I think is hilarious. And BBC's Spy.
And I just discovered Yahoo's production The Other Space Episodes. Bizarre but fun.

Kat,
What a great idea! I think we will have to check these out. I love to laugh, so that sounds like my kind of movies. It's okay to like weird things...it's what keeps the world interesting.